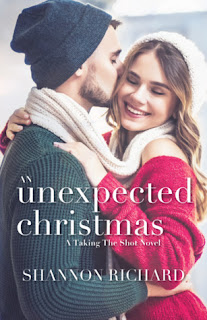 AH-FREAKING-HUMBUG
Adele James’s favorite time of year has always been Christmas, but this year she’s in no mood for the holiday season. Thanks to her famous A-list actor boyfriend cheating on her! Now that her photo is splashed all over TV, the internet, and tabloids her number one goal is to get away. She heads to her family’s cabin to be alone, but there’s another occupant when she arrives: none other than the frustratingly sexy Jace Kilpatrick… the man she’s been avoiding falling in love with for the past six years.
Jace Kilpatrick has never been the biggest holiday guy, and after three months of the NHL being on lockout, celebrating is low on his priority list. Getting the keys to his best friend’s family cabin was supposed to be about being alone. But those plans are foiled by Adele James who brings the mother of all snowstorms with her.
Adele is gorgeous, funny, and fiery, but she’s also his best friend’s sister, aka, completely off limits. But when the cabin loses power in the middle of the storm, Jace forgets the rules and spends the Christmas days and nights with Adele wrapped in his arms. Once the snow thaws, they’ll call things off, no harm, no foul… if they can agree to keep their hearts out of the equation.

An unexpected Christmas is a great title for this book. It fits perfectly. Adele wants the dream when it comes to romance. She doesn’t date people she works with and likes to take things slow. She’s a costume designer on the set of a period drama, Ponce. She loves her job. Troy has been chasing Adele for a while and when his part on the show comes to an end she decides to give him a chance. 4 months later it’s the biggest mistake of her life. He’s a celebrity and everyone wants to know his business and his indiscretions are all over the news. Adele wants to escape her very public break-up. Her family own a cabin and she decides to hideaway. Unknown to her there is a mystery guest and the weather is taking a turn for the worst. Jace is Adele’s brothers best friend. He’s a hockey player and a ladies man. Adele has had a crush on him for 6 years. Now the pair will have to spend Christmas together snowed in. It’s heated and turns into more than a crush.
I’m on a Christmas reading bender at the moment and I just can’t get enough. Adele is a special lady and deep down she only wants one man. Luckily Jace is ready to settle down and already feels like part of the family.
4 stars out of 5. *I received an ARC in exchange for an honest review.

Posted by DanielleDuncan at 01:34