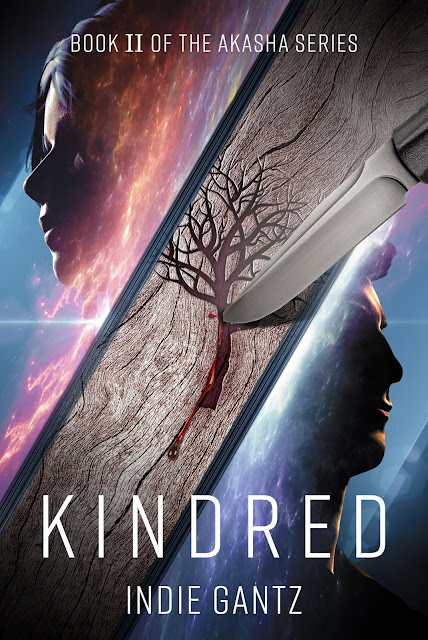 In Kindred we find the Damuzi twins settling into their new home with Kori Lark’s family. Desperate to keep the dangerous truth of their identity a secret, Charlie and Tirigan educate themselves on everything that was kept from them, while delving deeper into their mother’s past.

In the future, Tirigan is dealing with the complicated emotions that overwhelm him after the events of Passage. In an attempt to control the situation, Tirigan turns inward and cuts himself off from those who need him most.

By the time Charlie and Tirigan’s timeline’s merge, a burning mystery is solved, and more than one relationship begins to unravel.

Previous Book in the Series (click on image for Goodreads link):

About the Author
Indie Gantz grew up in Northern Virginia and received her Psychology degree at George Mason University. Despite her passion and curiosity for the human mind, Indie left her chosen field of study to finally give voice to the many imagined minds she has created.
Indie lives with her family in North Carolina. She spends her days drinking tea and clacking keys.