From New York Times bestselling author Emily Goodwin comes a sexy standalone romance about a single dad who has sworn off women and the nanny who is faced with the biggest con she has ever pulled, not falling in love.
Side Hustle by Emily Goodwin is live!

When Scarlet Cooper takes a new job as a nanny, she assumes she’s going to work for the rich couple who hired her. But instead of pulling up to their million-dollar estate, she finds herself on the front porch of a humble farmhouse, looking into the eyes of dark and brooding single dad, Weston Dawson.
It’s bad enough that Weston doesn’t have a fortune to charm out of him, but he’s also a cop. After marrying his high school sweetheart only to have her up and leave weeks after their baby was born, Weston has sworn off women for life. All that matters now is taking care of his son, Jackson.
If anyone can break down the tough exterior of the former soldier, it’s Scarlet. But just when she’s close to getting exactly what she wants, she’s faced with a whole new challenge, which just might be the biggest con she’s ever pulled: pretending she doesn’t love him.

Scarlet Cooper likes the quick easy money. She’s a professional hustler and her morals are tainted. Her father isn’t well and she will do whatever she can to give him a comfortable life. Scarlet is from the wrong side of town, she has made some bad choices and her sister is currently in prison. She isn’t a bad person. She’s a survivor. It’s time for Scarlet to find a new hustle. A rich family to exploit or a husband to blackmail, but this time she’s about to find more than she bargained for. The job isn’t what she expects. The mission needs to be aborted.
Weston Dawson is a cop. He wants to be a county sheriff, but he has a young dependant. His son is 4 years old and his wife has run off. He loves his son, Jackson and wants to give him a good life. His family are close and his sister wants to help him land his dream job. She helps him find a Nanny. Scarlet has the experience. She’s beautiful and fun. She’s good with his kid. What Wes wasn’t expecting was his feelings for her. He had given up on love a long time ago, but Scarlet re-awakens something he thought was long gone. 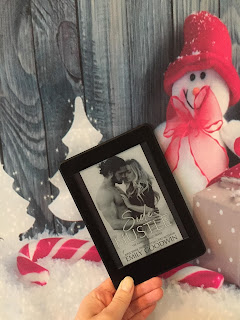 Scarlet knew she was in over her head the second she laid eyes on Weston. He’s all man and she is struggling to resist. She should have turned and left the second she realised this wasn’t the gig she signed up for, but now she has too much to lose.
Scarlet has always put her family first, even though her childhood was not the best. She cares for them. When she meets the Dawson family she wishes she could keep them, but she has a past and Wes is a cop. What starts as a hustle gone wrong turns into a family so right. Can scarlet find her happy ever after? She loves the kid and Wes, but can they truly love her back?
This is probably the best-hired nanny story I’ve read. The characters are well developed and the romance is heated. It’s funny and heartwarming. This is my first book by Emily Goodwin and I hope it’s not my last. I really enjoyed this story. The Side Hustle can be read as a stand-alone, however, it’s part of the Dawson family series. This family is loveable. This is a great read.
It’s intended for mature audiences.
*I received an ARC in exchange for an honest review. It’s a thumbs up from me. 5 out of 5. Fabulous from beginning to end. 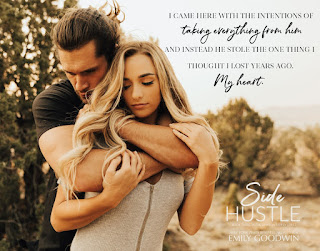 Emily Goodwin is the New York Times and USA Today Bestselling author of over a dozen of romantic titles. Emily writes the kind of books she likes to read, and is a sucker for a swoon-worthy bad boy and happily ever afters.
She lives in the midwest with her husband and two daughters. When she's not writing, you can find her riding her horses, hiking, reading, or drinking wine with friends.
Emily is represented by Julie Gwinn of the Seymour Agency.
Connect with Emily:
Facebook: www.facebook.com/emilygoodwinbooks
Instagram: www.instagram.com/authoremilygoodwin
Bookbub: http://bit.ly/2EPLbu3
Goodreads: http://bit.ly/2tCZn28
Amazon: http://amzn.to/2pEHdf8
Posted by DanielleDuncan at 08:00