The Secrets of Life #Review #KindleUnlimited 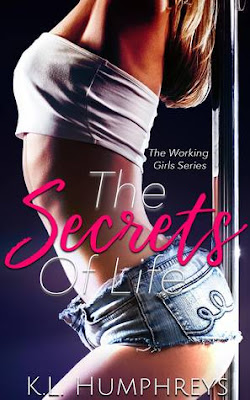 The Secrets of Life

Sometimes there is only a pole between survival and starvation. For Jessica Hughes, this is her reality.

At 21, she’s single-handedly supporting her 2 younger brothers and her 4-year-old daughter while paying off her deadbeat mother's gambling debts.

Her life may seem like crap to others, but Jess knows it could be worse.

Then, Hunter O'Shea walks back into her life and drops a bombshell - a secret that could destroy everything they once had.

Once again, Jess finds herself picking up the pieces of her broken heart.

Will Hunter find the courage to claim the family he never knew he needed?

Or will Jess move on before he gets the chance?

The secret of Life is a raw gritty read about a beautiful girl who supports her family when the world is against her. This is a Kindle Unlimited read.Jessica has fallen on hard times. She didn’t finish school. Her mother is a drunken money sucker and her brother is in prison. Jessica single handily supports her younger brothers and her little girl. She also pays her mother’s debts. The only way to do this is to get a job that pays well which doesn’t require qualifications. Jessica supports her family while working as a pole dancer. As the title suggests the secrets in her life stop her from having the future she deserves. This is a second chance romance between school sweethearts but it’s so much more. It’s about family and friendship. It’s about survival. I really liked this book. The Male lead wasn’t alpha. Jessica may not have her dream job but she makes the best of what she has.