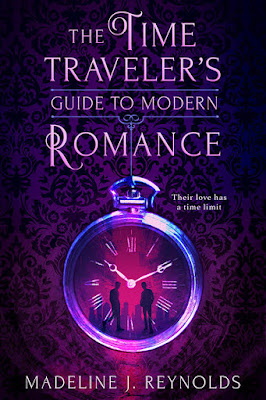 Elias Caldwell needs more than his life in nineteenth-century England has to offer. He'd rather go on an adventure than spend one more minute at some stuffy party. When his grandfather gives him a pocket watch he claims can transport him to any place and time, Elias doesn't believe it...until he's whisked away to twenty-first-century America.
Tyler Forrester just wants to fall hopelessly in love. But making that kind of connection with someone has been more of a dream than reality. Then a boy appears out of thin air, a boy from the past. As he helps Elias navigate a strange new world for him, introducing him to the wonders of espresso, binge-watching, and rock and roll, Tyler discovers Elias is exactly who he was missing.
But their love has time limit. Elias's disappearance from the past has had devastating side effects, and now he must choose where he truly belongs—in the Victorian era, or with the boy who took him on an adventure he never dreamed possible?

Nineteen century meets the modern world.
Elias Caldwell doesn’t fit into his nineteen-century life. He wants things he shouldn’t and he feels something is missing. He watches the people around him find their place but his talent is hidden. After an argument with his parents, Elias discovers his grandfathers old pocket watch gives him the escape he desires. He is transported from England to America. The century is now the twenty-first. The world is so different and with it comes a whole new set of problems.
Elias meets Tyler, his twenty-first-century guide. The pair learn what can happen when time travel is possible. The past influences the future and the future can make a happier past.
This is an interesting concept. Elias discovers the modern world we all take for granted while finding a new love. This book sets up a chance for a second instalment.
3.5 stars out of 5.
*I received an ARC in exchange for an honest review. 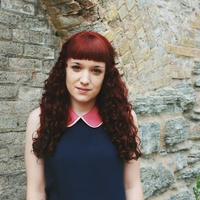 Madeline J. Reynolds is a YA fantasy author living in Chicago. Originally from Minneapolis, she has a background in journalism and has always loved storytelling in its various forms. When not writing, she can be found exploring the city, eating Thai food, or lost in an epic Lord of the Rings marathon. 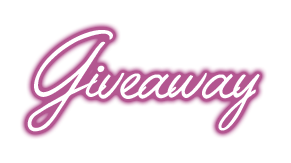