Whom Shall I Kiss....An Earl, A Marquess, or a Duke? Tour and Giveaway #KindleUnlimited 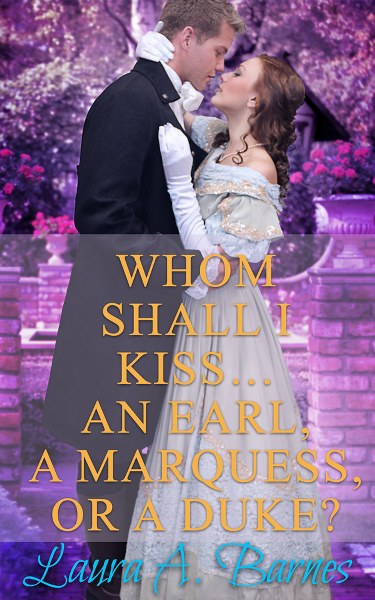 Whom Shall I Kiss...An Earl, A Marquess, or a Duke?
Tricking the Scoundrels Book 1
By Laura A. Barnes
Genre: Historical Romance

What started as a research project soon became a scandal...

She wanted to prove a theory. He wanted to play a game. Can their schemes lead them towards a kiss of love?

Tired of watching her friends become ruined by the scoundrels of the ton, Sidney Hartridge devises an experiment to reveal their antics. Her plan is to lure three gentlemen to kiss her and see how they would protect her honor. When her research leads her into her own inappropriate scandal, her father agrees to a wedding offer from one of her subjects. As her fiancé blackmails her into a marriage she doesn’t desire, her research becomes exposed. Can Sidney avoid her own scandal with the one she most desires to kiss?

Noah Wildeburg started this season as any other by flirting with the sweet new debutantes. When he rescues a lady off the dance floor, he is unprepared for the emotions she stirs in his soul. As he pursues her, he realizes he must compete for her hand. As he charms her with tokens of affections and stolen kisses, he discovers she plays her own game. Will Noah win Sidney’s love or is she just another scandal to add to his list?

Whom Shall I Kiss… An Earl, A Marquess, or A Duke? is the first book in Laura A. Barnes new historical romance series. If you like lighthearted drama filled courtships set in Regency England, then you’ll love this new foray into the ton.

Buy Whom Shall I Kiss… An Earl, A Marquess, or A Duke? to read Laura’s new Tricking the Scoundrels series today.

Scene with the Marquess

“Let me be of some assistance, you seem to be in a spot of trouble,” he said as he swooped in and transferred her into his arms.
The bloke stuttered a response which only became drowned out by the orchestra as he swept the young miss away across the dance floor. He glanced down to smile his accomplishment at the miss for her scowl to deepen.
“Who do you think you are, Sir, to interrupt my dance?” she scowled.
“Now is that any way to thank me for rescuing you from broken toes?”
“My toes are not broken, nor were they at any risk to become broken.”
“I disagree with you, my dear, from where I stood you were at a risk of an injury to your person. A very delightful person at that,” he drawled as his eyes took notice of her loveliness.
Sidney’s anger simmered below the surface as she listened to the arrogance of her new dance partner. Not only did he interrupt her experiment, he also had the audacity to expect her to thank him. In addition to his faults she could also add he devoured her with his eyes. His gaze traveled the length of her body up and down, then back again. With every glance they lingered near her breasts, when not there he stared into her eyes. He behaved as a scoundrel of the highest order. A rogue who wished one thing from her, in which she would never grant. Sidney recognized he would be a perfect specimen for her experiment, but her frustration towards him affected her train of thought.
It wasn’t only her frustration towards him which distracted her; it was the touch of his hands against her waist. While he acted as a gentleman, when he held her hand and gently placed his other hand at her hip, his touch heated her insides. The warmth spread from his fingertips as it seeped into her, which caused her to feel flustered. His touch was nothing compared to the smile lighting his eyes. They were devilish, full of humor which wrapped her in his charm. His eyes begged her to laugh with him of the situation she had found herself in. These emotions were new to
her, something she should explore but hesitant to respond to. She needed to be cautious for she was held in the arms of a gentleman who could break her heart if she allowed him. Sidney tamped down her reaction to him and let her analytical brain take over. She could play on these emotions in retrospect for her experiment, use the allure she felt towards him to apply to her theory.
Wilde became cautious as the chit’s expression changed from one of anger to one of flirtation. She coyly lifted her lips into a sensuous pout while her eyes darkened to a midnight blue. Did he glimpse desire in those depths? Caught unaware at her transformation he wasn’t prepared for the siren she became, and he stumbled as he stepped on her toes like the dance partner he rescued her from. No wonder the bloke behaved as a bumbling idiot towards her if she smiled at the chap like she smiled at him now. Her smile was nothing compared to the husky laugh floating between her kissable lips. Lips he desired to taste. Her laugh touched him deeply making him want to hear more. He never felt this instant attraction to any other lady. She wasn’t his usual flavor. He preferred the widows of the ton, not the silly debutantes. Wilde trifled with them from time to time if the attraction presented itself; who was he to refuse temptation? He avoided the parson’s noose like the plague and only fooled around with those who wouldn’t trap him. As delightful as this chit perceived to be, he needed to leave. It was either that or he would embarrass them both by kissing her endlessly on the ballroom dance floor.
“You are correct sir, please accept my apology for doubting your true intentions. You are a hero of the highest order,” Sidney cooed.


By then the orchestra finished playing the current set and prepared for a waltz. He dropped his hands from around her putting distance between them. She held her hands in front of her primly as she tilted her head studying him. He stepped back from her, and she took a small step towards him. Her gaze shifted behind his head and her eyes lit up even more if it were possible. She then took two more steps towards him and he panicked. He retreated only to smack into somebody standing at his back. A hand halted him from falling backwards. 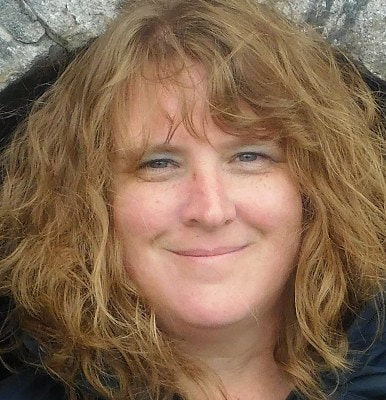 I am the author of The Romancing the Spies Series. When I am not writing, I am spending time with my family. I love reading books on lazy afternoons, and late into the night. Anytime really. Married 28 years to the love of my life and we have three wonderful children and two sweet grandbabies. Besides writing, I have always wanted to travel. In the last few years we have gotten our passport stamped in England, Scotland, and Ireland. We are hoping to add Italy to the list soon. My debut novel is Rescued By the Captain.