If You’re Reading This… by Alex Tveit #Blitz 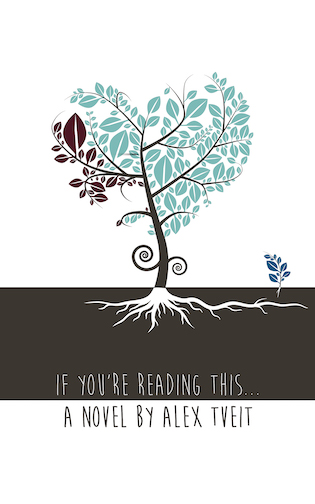 
The last thing that sixteen-year-old Petter expects while sitting on an airplane is an email from his father. Especially since his dad died of cancer five weeks earlier.
As if that emotional rollercoaster wasn’t enough, Petter’s mother thinks it’s a good idea to move them across the world from Norway to her childhood home outside of Boston.
Using emails sent from beyond the grave, Petter’s father tries to remain a source of guidance and life lessons for his son. Hidden among these teachings are also clues leading Petter out on an adventure. The last one that he would ever have with his father.
Then Petter meets Max. She joins him on his quest and becomes a bright spark of color in a world that moments before seemed very grey.

Goodreads / Amazon
—
EXCERPT:
“This old thing is yours?”
“Yeah. Ol’ Bets and I have been together for a good couple of years now. Why, something wrong with her?”
“No, of course not. Just didn’t think it was your type, that’s all.”
“Ahh, so I have a type already, huh?” she looked him up and down as they got into the truck.
“Well, no, I…” he stuttered.
“Relax Norseman, I’m just messing with you. But really, what type of car did you picture me with?”
“I don’t really know. Not a beat-up old truck. Maybe a Prius or something?”
“Did you hear that, Bets? Old and beat up! Don’t you worry, I have your back.” She affectionately stroked the dashboard. “I guess a Prius isn’t the worst image I could be matched with. But I love my ol’ Bets to bits.” She smiled looking over at Petter as he got into the passenger seat.
“Hmm, now what would you be?” she asked.
“I can’t drive, so no real option yet.”
“Can’t drive? What do you mean?”
“The age limit is eighteen in Norway, so I haven’t really driven yet. I only had a small Vespa.”
She burst out in laughter.
Petter wilted a bit a bit at the laughter. Though as he was looking at her, he realized her laughter wasn’t her being mean.
“What’s so funny?” he asked, still curious.
“Well, I just had this image of you, long legs and all, cramming yourself onto this tiny little bug of a moped. Funny, that’s all,” she kept on laughing as the truck grudgingly picked up speed on the ramp leading onto the highway.
Petter had always felt like he was horrible at giving great first impressions. He had always admired the people who were virtual comedians, offering a plethora of jokes. He would have loved to have been known as the funny guy. But his jokes always came to him hours later when he was preparing for bed, and even then, they were never the rolling on the floor kind of funny.
“Maybe a Corolla,” he said after a few quiet moments.
“What?” she asked.
“My car type. A Corolla, or maybe a Volvo, safety and all. I don’t think I’m cool enough for a muscle car, nor flashy enough for a sports car. Always feel like those cars are more suited to a Biff than a Petter.”
“McFly?! Hello? Hello? Anybody home? McFly?!” Max suddenly exclaimed in a theatrical voice.
“What the hell was that?” Petter burst out, unable to stifle his laughter.
“Don’t tell me you don’t know the movie Back to the Future? Because it’s one thing to mock ol’ Bets, which is understandable since she has to be given time to grow on you. But if you don’t know the magic that is Marty McFly, you and me are gonna have a problem.”
Petter couldn’t stop laughing, especially since the trilogy was one of his dad’s favorites, and one that they had seen together a billion times.
He tried to put on his deepest machine sounding voice. “My name is Lord Vader. I am an Extraterrestrial from the planet Vulcan,” his laughter broke through at the end, making it a squeaking finish.
She laughed. “Ahh, there is still hope for this young Padawan.”
So maybe he wasn’t a comedian, but at least he had managed to survive the dreaded first impression. Max was definitely someone he wanted to get to know more, and he had to remember to thank his mom for finding her as a tutor.
“So, you’re headed into your last year of high school?” he asked, looking over at her, just as the sleeve of her navy denim spring jacket fell down a couple of inches, revealing a scarred wrist. He tried to look away fast enough. But as she glanced down at the exposed wrist, he knew she had caught him staring, though she didn’t try to cover it.
“Yeah. One year until I’m free,” she responded. The laughter in her voice had disappeared in a split second.
He wanted to ask about the scar but felt like a mountain was in front of the subject. What if it was self inflicted? What if she didn’t want to talk about it, and then she would cancel the tutoring. He didn’t want to mess up, which led him to not saying anything at all. The next few minutes that passed seemed like hours to Petter. The entire time he was trying to come up with something to say. His mind raced between the scar and topics for small.
“Petter?” She said his name, but jumbled and awkwardly. He knew that his name was difficult to say for English speakers, given the lack of rolling r’s in the language. She tried again, speeding it up, slowing it down. He noticed that he liked that she was playing around with the pronunciation, so he didn’t interrupt until she went quiet.
“I don’t mind if you call me Peter. Five people have already given up and called me that, so maybe I should just change it while I’m here, to make it easier.”
“That’s rubbish. You don’t change your name or who you are just because other people have a difficult time with it. Now, say it again, and again, and again, until I have it right.”
It wasn’t a very stimulating conversation, but the rest of the ride was spent throwing his name back and forth and having her grrrrr like a tiger to learn to roll the r in his name. She actually got it pretty damn close to being right, just as the GPS on her phone called out, “You have arrived at your destination.” 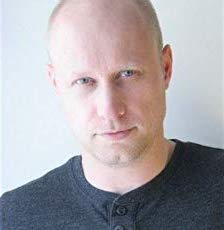 Author Bio:
Alex Tveit grew up just outside of Oslo, Norway. He currently lives in Toronto, Canada and has authored several children's books, as well as other works of fiction and non-fiction.