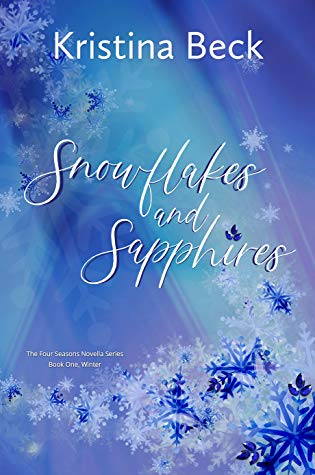 Four Seasons Novella Series, Book One, WinterChristmas wishes come true in New York City… or maybe not.After a demanding career of living out of her suitcase, Sophia lands a dream job in New York City that will keep her in one place for six months. Being alone in a big city is nothing new for her but not during the holidays. When an irresistible jeweler appears in her life more than once, Christmas surprises pop up on every corner.Drew loses his creativity and holiday spirit just when he needs it the most. Then a snowstorm blows Sophia into his jewelry store, and a surge of inspiration follows. He is used to handling precious gems but nothing as priceless as she is.Even though they just met, their instant attraction turns into something more. But one event leads to betrayal, leaving Sophia once again alone and brokenhearted.Can the magic of Christmas bring them back together, or will one of them be left in the cold?

Christmas in New York City. A feel-good festival story with a touch of shimmer. Sophia is visiting America on business. She moves around a lot and when the opportunity for a six-month stay in one place came up she couldn’t turn it down. Little did she know New York was going to steal her heart and her shoes.While ice skating Sophia is rescued by a new friend, Lacey who works in a famous department store. The jewellery isn’t the only this that catches her eye while she’s sorting out her shoe situation.Drew is a designer of exquisite jewellery. A passion he shares with Sophia. Her stay in New York is supposed to be short but with new friends, a special connection and a beautiful view, Sophia might just fall in love with everything the place has to offer.This is a sweet story. It’s set at Christmas but the magic is in the jewellery. Sophia was an interesting character and Drew stole her heart.This is going to be part of a series and I really liked the way Sophia fitted into the environment. This book made me care about more than the two main characters and I look forward to more.*I received an ARC in exchange for an honest review.
Posted by DanielleDuncan at 04:03