Tangled Up With a Cowboy Tour and Giveaway! 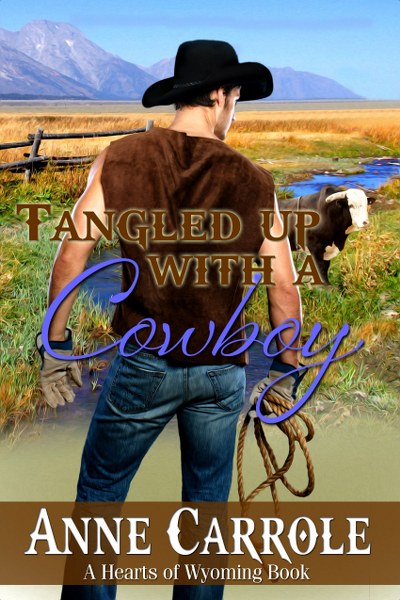 Tangled Up With a Cowboy
Hearts of Wyoming Book 5
by Anne Carrole
Genre: Contemporary Western Romance

A healthy-living yoga instructor and a gutsy bull rider? When opposites attract, sparks fly, but will love ignite?

Cowboy Lonnie Kasin is close to making the rodeo finals in bull riding. If he’s lucky enough to make the cut, he’s bent on doing everything he can to prove he belongs there. That is, until he meets a spunky yoga instructor who thinks he’s two bricks short of a load for riding bulls. How can he convince her that a bull rider is the man for her while proving to the world he belongs on that Finals roster?

No one would mistake Livvy Dennis for the responsible one in her family. And only she thinks moving to Wyoming to open up her own yoga studio is a good idea. Of course, she never expected a daredevil bull rider from Cheyenne to pull the mat out from under her. There are risk takers and then there is just plain crazy. She’ll have to figure out which one she is before it’s too late to save her heart.

Bull riders might be crazy, but when chasing a slot for the Finals, they were also crazed—as in irrational, wired, scared. Not of the bull but of losing the slot that would bring them more money in ten days than they’d earned all year.
Lonnie Kasin knew that because those words described exactly how he felt as he sat on the metal railings overlooking the chutes, one of which would hold the beast he’d be riding in a few minutes.
He breathed in the familiar scent of warm hides and acrid manure, dusty horses and dustier hay as he scanned bleachers crammed with locals in cowboy hats and boots who had come out on a warm Saturday evening in August for a little fun and entertainment. No doubt some of those who ran this rodeo to benefit the local schools looked forward to this night all year. For those who competed, it was just one more stop in a long list of summer rodeos.
The purse wasn’t huge, a little over a thousand if he won, but it all added up. At least that was what he told himself as he bounced from town to town, crisscrossing the West in search of a win. And he had to keep winning. Even at smaller rodeos like this one. Even though tonight his mind kept drifting to something else…or rather someone else.
Metal slammed against metal as the first bull was loaded. Bull rider Paulo Santos had drawn him, and though Paulo was in the top three so far this year and a shoo-in to make the Finals, the bull wasn’t. In fact, the bull Lonnie would be riding was the best of this rodeo’s lot, giving him a good chance at first place—if he stayed on.
The gate opened. Paulo hung on as the timer counted down, and Lonnie’s pulse sped up. Paulo made the buzzer and waited for the score. An eighty-two. A good but, thankfully, beatable score.
This was what he loved, what he lived for. If he could just win enough this season to make it to the Finals, all his problems would be solved. Except one. And nothing and no one could solve that.
Not even the pretty little blonde he was bound to see tomorrow at his friend’s wedding. Since he’d found out that Trace Martin and Haylee Dennis would be tying the knot, thoughts of Livvy Dennis, Haylee’s sister, had been screwing up his concentration. He’d met her once, but with someone like Livvy, once was all it took, because no one, at least no red-blooded male, would ever forget her.
From her tourist-crazy turquoise boots and sexy short-shorts to her golden hair and mischievous blue eyes, she’d been zooming around his mind like a fly he couldn’t catch.
He wasn’t looking for much, just a little respite from the drumbeat of wins and losses that pounded his mind with buck-off percentages and bull stats. Anyone who knew him knew he
wasn’t relationship material. Didn’t do well with commitment. Never stayed long in one place. Hell, he didn’t even have a place he called home, living out of a suitcase and mooching off of friends to keep the loneliness at bay.
“Your bull’s in the chute.” Chance Cochran’s sharp elbow struck Lonnie’s side. “You okay?”
“Course I’m okay.” He would be if he stopped thinking about what he couldn’t have and concentrated on what he could have—a shot at the Finals and maybe one night with a cute and sassy blonde.
Lonnie scrambled over the top of the railings to the pen containing his bull, leaving Chance to follow. Cochran had already competed in saddle bronc, placing third. Lonnie needed to place first because, unlike Chance, who was solidly in the top five in saddle bronc, Lonnie was sixteenth. Meaning he’d need to take first place as many times as he could to get on and stay on the fifteen-man Finals roster for the ten-day rodeo event in December.
“You’ve got little Shane’s picture loaded?” Lonnie asked as he settled on the railing above his bull.
Chance heaved a sigh from behind. “Stupid superstition.”
“Not stupid. Each time I’ve looked at your little son’s face, it has brought me luck. I’m not about to change things up now. Besides, I’m his godfather and proud of him.”
Chance held up his phone and angled the screen. “I feel like a goddamn fool doing this every time you get on a bull. Everyone probably thinks I’m one of those jackass fathers who can’t stop talking about his kid.”
Lonnie gazed at the cherub face of a boy almost a year old whose broad smile and bright-blue eyes anchored Lonnie in a way nothing else did. Chance’s son would likely be the closet he’d ever get to having a family. Gazing at little Shane’s picture in the moment before he got on the bull, he could at least pretend someone cared.
“You were one of those jackass fathers when you first showed me this picture at the start of the season, and that began my winning streak. May not win every time, but I also haven’t sustained a season-ending injury. So now you’ve got to keep doing it until the season is over, which is only another month or so. Besides, what are friends for if not to make you look stupid?”
Lonnie shifted his gaze to the bull with a murderous look in its eye.
“You can get rid of me after eight seconds,” he told the bull. “Just give me a good ride.”
He lowered himself onto the bull, and as he felt the brawn of the animal under his butt, adrenaline pumped into his veins in a rush worthy of an addict’s needle. The bull shifted. Lonnie tugged on his rope, wrapped it tighter around his hand, and nodded. The gate opened. 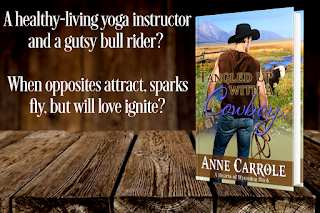 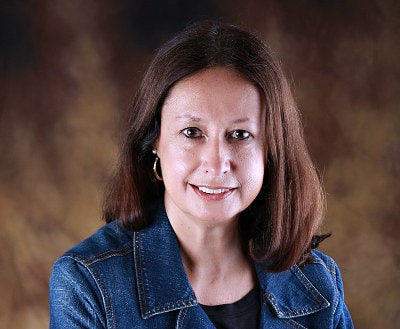 Anne Carrole was raised on a farm with horses, dogs, cats, chickens, rabbits and whatever other animals she could convince her parents to shelter. She is married to her own sweet-talking hero and is the proud mother of a college teen. They share their home with a sleek black cat with way too much attitude. Anne writes contemporary romances in which alpha male heroes meet their match as well as gilded age and western historical romances where spunky heroines finally find a worthy hero. You can learn more about Anne and her books at http://www.annecarrole.com, friend her on facebook at http://www.facebook.com/annecarrole or connect with her on twitter at https://twitter.com/AnneCarrole She is also co-founder of the fan site https://www.facebook.com/lovewesternromances.