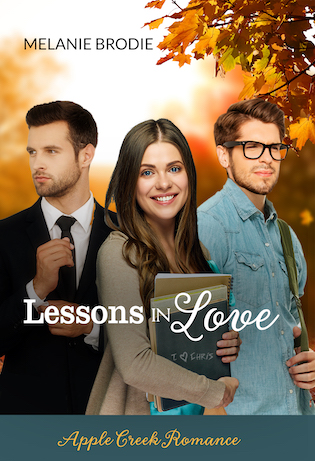 
Anne Spencer is a small town elementary school teacher. Romance isn’t on the radar. When she discovers the school she dearly loves is being shut down, Anne and the town must come together to save it. To complicate things, Anne is wooed by a handsome local politician who is running for mayor. Anne looks to her best friend Roman and their neighbors for support. Anne is faced with the distraction of new romance, but must ultimately figure out what she really wants. Will love solve all her problems, or must she choose?

Goodreads / Amazon
Only 99¢ for a limited time!
—
Are you a book blogger?
Join the blog tour here!
—
EXCERPT:
“All right, all right. Settle down,” I said to my class.
“A BEE!” Jennifer Beasley screamed as a big housefly buzzed aimlessly in the corner. The children acted like it was a deadly wasp — one of those gigantic ones from Jumanji. I wanted to laugh, but it was bedlam. Samuel Jackson (no relation) was crying in the coat closet and Megan Smith peed her pants, which she did at pretty much any opportunity. Several kids were under my desk and Joshua Peatree was clinging to my skirt with tiny white knuckles of pure terror. That’s when Roman burst into the room, a brown paper bag over his head with holes for eyes, a tennis racket, winter gloves, and a black trash bag for a smock.
“Never fear!” he proclaimed. “Apple Creek Exterminators is here to save the day!”
“Yes!” Noah Winton exclaimed as if Roman were Spider Man.
Most of the kids stopped crying and I felt Joshua Peatree let go of my skirt. They were stunned and impressed that a super-hero (shabby as he was) had popped into our classroom. Roman made a big fuss, swinging the tennis racket, ducking an invisible foe, fighting for his very life. (The housefly was long gone.) After a Buster Keatonesque pratfall — which made the children laugh — he pretended to annihilate the invisible bee.
“That’ll be two billion dollars,” Roman said and extended his hand to Megan Smith.
“I don’t have any money!” she said at the audacity of Roman’s request.
“Alright, this one’s on me. But next time, you gotta pay.”
“Mr. Davis, my mom said the bees are ‘stinct and we need them to feed the flowers. You killed a ‘stinct animal and now we’re going to have global warning!”
This statement of fact made the children very sad. Megan Smith started crying again. “I don’t like global warning,” she wailed. “I don’t want to burn up!”
“Settle down,” I said to the class. “It wasn’t a real bee.”
“Where’s the real bee!” Amanda Jessop cried, looking around nervously.
“Oh jeez,” I said. “Thanks a lot, Roman. Amanda honey, there was no bee.”
“But Jennifer saw it!” Her face was beet red now, like a tick about to pop.
“And bees aren’t extinct yet, but you’re right, we need all the bees we can get. Everyone gather in a circle and we’ll talk about how bees pollinate the apple orchards in Apple Creek. OK? Don’t be scared.”
“Mr. Davis, my dad once killed a cricket in my house,” Benjamin Wallis said.
Roman removed the paper bag from his head. “Tell your dad he’s always got a job with Apple Creek Exterminators!” he said.
“He’s a mail man.”
“OK, well. If he ever needs a job.”
Roman looked to me and smiled. I rolled my eyes at him. 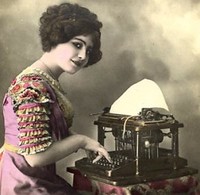 Author Bio:
Melanie Brodie was born in the fictional town of Apple Creek, Ohio. This is her first self-published novella; the journey of which has been documented on her blog at www.melaniebrodie.com. She enjoys Flamin' Hot Cheetos, making up love stories, and pressing flowers in books.