Duplicity is Mike’s first nature. If you want to know what he’s doing with his life, just ask, but don’t expect the truth. You may not even be getting his real name…
Such duplicity is the reason a so-called ‘acting job’ at a suspiciously sparse agency, LLJF, becomes the perfect solution to Mike’s college drop-out blues. During a time when he is just finding out who he really is, Mike adopts the new identity of ‘Malachi,’ and it fits like a glove. A broken nose, a lost tooth, stealing scientific secrets, and a run through the alleys of D.C. are all in a day’s work. Malachi is the best at uncovering the truths that others want to hide, and the taste of succeeding at what you are best at is intoxicating.
Malachi is willing to do anything to get his paycheck–until he must decide if the thrill of deception is worth the price he must pay.
Malachi, Ruse Master is a Detours in Time series character spinoff and intersects with events from Undercurrents in Time. The third book in the series, Malachi, Ruse Master is also perfect as a stand alone read.

Goodreads / Amazon
—
EXCERPT:
Jack got me back home in a blur. I headed back to my basement room and studied the scratches and bruises. I still had two black eyes.
“It’s not always this bad,” Jack said.
“Eh, it’s alright. I mean, a hundred dollars extra? I’ll take that. And you even fixed it for me. I should pursue that career in boxing after all.” I chuckled.
He set the pill bottle on my coffee table. “Well, let me know if you ever want some sparring lessons; it may come in handy, just for self-defense. By the way, you’ll only need one of these every six hours.” He tapped the pill bottle. “No drinking, okay?”
I nodded.
“I’ll get those back day after tomorrow.” He left with a grunt and a gentle pat on the back, as if I had just been initiated into manhood.
I pulled out an old Loius L’amour Western and opened it up. It had been a while since I’d read a book other than to scan it for a class assignment. Bad habit. The storyline and the concept of frontier justice could soothe me after a hard day’s work, but I could not focus my vision or my mind. My shoes were off, but my jeans were still on, and my money was still in my pocket. All of this made me feel a little more secure in the moment, as long as I didn’t think about the blow to my nose. Maybe he was right, and it wasn’t always this bad. I tried to focus on the pay, and soon gave up, dropping the book down on my lap as I lay back and drifted to sleep. 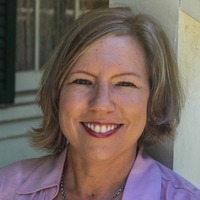 Author Bio:
As a teacher of middle school English, Pamela loves to inspire the imagination of young readers and writers. As a child, she herself wrote often to escape boredom or entertain herself on long trips or long distance moves. When her family settled in the Southeast, writing provided an outlet for private thoughts and emotions for years, and after blogging for a few years, she decided to self-publish fiction in 2016. Pamela's genres include science fiction, paranormal fiction, and poetry of all types. The "Made for Me" series was Pamela's first published fiction series with a futuristic flavor. Pamela is now releasing a spinoff for Malachi, one of the characters in “Undercurrents in Time,” and her next project is another installment in the “Made for Me” series. What inspired Malachi, Ruse Master? “I feel like the young adult years are sort tumultuous for many of us, as well as being a huge turning point in who we decide to be. I remembered those years from my life as I allowed Malachi’s story to unravel in my mind. I truly enjoyed it!”
What’s next? Ellie, the elusive young woman who keeps showing up in Malachi’s life, reveals her purpose for doing so in Ellie, the Time Traveler, due for release in 2021 or 2022.
In Mother of Many, a young woman whose real mother is unknown, becomes part of a conspiracy as she discovers the truth about the father of her unborn child. Due for release when the muse insists.