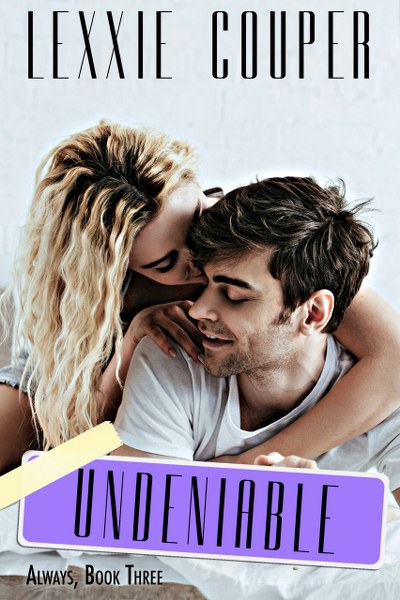 It was all background noise, until he made her stop and listen.

Chase is tough, snarky, witty and fiercely loyal to her family. She is also hearing impaired, which makes the world around her sound like white noise a lot of the time. But that’s okay, she can deal. It’s not like she’s actually deaf, and she’s learned to lip read…when it suits her.

What she can’t deal with is guys like Caden, who think their looks and charm will win her over. They won’t because Chase has zero interest in pursuing a relationship with someone who’s leaving the country soon. What would be the point?

Well, there is the fun they have together. The way Caden shows he cares about things greater than himself, like abandoned dogs. There’s his smile, his eyes and his wicked sense of humor.

In fact, if Chase ever admitted it to herself, she might say Caden is just about perfect.

But how could a perfect guy possibly ever want someone who isn’t?

“The story is beautiful in its complex simplicity and so authentically real that you can't help but immerse yourself into the lives of the characters on the pages.” ~Big Bec's Book Blog

Sometimes being an optimist is hard work.

Brendon Osmond’s an optimist, a fitness geek, a man with a plan and the drive to achieve it. He’s sure he knows everything there is to know about his life and where it’s headed—until he gets one brief text.

A text from her.

Amanda. The girl who broke his heart.

Just three little words, but they’re enough to make Brendon drop everything and head half way around the world to see her.

Acting only on gut instinct, nothing can prepare Brendon for the truth he’s about to learn.

A truth Amanda kept from him for almost two years. A truth who has Brendon’s eyes and claims his heart in an instant.

A truth that comes with a devastating diagnosis with the power to destroy everything he never knew he wanted or held dear.

Maci is young, smart and about to embark on the adventure of a lifetime. It looks like she has the world at her feet, but appearances can be deceiving. Because Maci is not like other college girls. She already knows her future is written and there’s no happy ending in sight.

For Raphael, life is all upside. He’s on the fast track to success and nothing can stop him—except his unexpected love for a girl who’s convinced she’ll hold him back.

When Maci and Raphael are drawn irresistibly together, they’ll both have to redefine everything they thought they knew about life, love and happy ever after.

Searching frantically for the restroom sign, I spied what I thought was the ladies’ room and ran for it, head down, fist gripping the strap of my bag as if it were a lifeline to bladder relief.
So of course, when I slammed into something rock-solid but warm and firm as well, the first thing I thought was I was going to pee myself. Not, argh, I’ve just run into someone and I need to apologize.
I stumbled back a step, flinging the poor woman in my way a harried glance. And froze when that harried glance found not a poor woman, but a tall, broad-shouldered, stunningly hot—no, change that—stupefyingly hot, gorgeous guy with shaggy dark-brown hair hanging over equally dark-brown eyes so intense and beautiful and sexy and—
He wrapped strong fingers around my upper arms and steadied me before I could fall completely on my ass.
“Hey, I think you’re heading into the wrong loo.”
I gazed up at him and didn’t say a word. I’d’ve liked to have blamed sleep deprivation and jet lag for my ridiculous silence, but they weren’t the culprits.
The guy holding my arms, keeping me upright, was stunning. Gorgeous. Hot. Like a brown-haired, brown-eyed version of Chris Hemsworth. Only sexier.
I didn’t think that was even possible, but there you go. Tall, with a crooked grin that made my heart skip a beat and a goddamn divine body, all muscular and sculpted and perfectly proportioned with the broadest of shoulders, all wrapped up tight in a snug white T-shirt and snugger faded jeans.
And he had an Australian accent.
Oh boy.
I gaped at him, my heart thumping in my throat.
“Can you speak?” he asked.
I caught my bottom lip with my teeth and shook my head.
His eyebrows shot up. “You can’t?”
“I can,” I blurted, nodding this time. Talk about being a mess of contradictions. “I’m just …” I paused, stopping myself from telling him I was falling in lust with him. Yeah, not exactly cool behavior. Gushing all over a complete stranger on the way to the bathroom? Welcome to Australia.
“I’m just … desperate,” I finished, ducking my head. I sounded like an idiot.
He gave a warm, friendly laugh. “To go to the loo?”
I peered up at him through my bangs. “Yeah.”
That crooked grin returned to his face. As before, it made my body do things I wasn’t entirely used to.
“You better go then.” He stepped aside and held an arm out, directing me deeper into the men’s restroom.
Oh my God, was I blushing? I shuffled my feet, frowning.
Devilment danced in his dark-brown eyes. “Something else you’re desperate for?”
Something else? Was he serious? A guy that looked like him, asking me what I wanted? If I were the brave, take-no-prisoners kind of girl, I’d tell him straight up. Something else I’m desperate for? Hell yeah, a kiss from you would be a start. But I wasn’t that kind of girl. I was a sleep deprived, jet lagged student with poor social skills and a disease that wasn’t exactly high on the sexy list. Of course, I wasn’t going to ask him for a kiss.
No matter how much the thought made my tummy flutter.
He studied me with a playful grin. “Going to tell me what it is?”
“A kiss.” The word fell past my lips before I could stop it.
My face went cold as the blood drained from it. And then hot as all that blood rushed back into my cheeks just as fast. Holy shit, had I really said that aloud?
“A kiss?” he repeated, lifting an eyebrow.
Oh God, I had said it aloud. I stared at him, once again dumbstruck. What was I doing? Was I really that tired? Had to be. Why else would I say something so … so … embarrassing? I couldn’t be flirting with him. I wasn’t any good at it. I was an environmentalist dork with Parkinson’s. As if I knew how to flirt.
Was I delusional? Was my brain finally betraying me compl—
Warm lips brushed over mine in a lingering caress of skin on skin. I would have melted on the spot … if it wasn’t for the fact I yelped in shocked disbelief and stumbled back a step.
Mr. Broad Shoulders laughed. “Sorry. Didn’t mean to freak you out.”
Just to make it clear before I continue, I’m not a virgin. I lost my virginity four nights after my sixteenth birthday, to my high school boyfriend—the quarterback, no less. How’s that for both an achievement and a cliché? But since I found out I have Parkinson’s, I’ve pretty much shut down any and all notion of romance. Who wants to get romantic with someone who’s going to be a shaky mess in a few years? I can’t imagine there are many guys out there willing to roll with that kind of burden, so I stopped putting myself out there. Which
might explain my very active fantasy obsession with a married Australian actor, now that I think about it. Hmmm. Desire the impossible to substitute the denied. Makes sense, right?
I gaped up at my mysterious kisser—again. Heart beating way too fast, I pressed my fingers to my lips. “Why did you do that?”
“You asked.” His grin turned wickedly playful, hinting at a dimple in his right cheek, and he leaned a little closer to me, his brown eyes holding mine. “And you looked so damn sexy with your mussed-up hair and coffee-stained shirt.”

International bestselling romance author Lexxie Couper started writing when she was six and hasn't stopped since. She's not a deviant, but she does have a deviant's imagination and a desire to entertain readers with her words. Add the two together and you get romances that can make you laugh, cry, shake with fear or tremble with desire...Sometimes all at once.