Crossing the Line #Blitz Plus Q&A!

Check out my stop on the Crossing Line blog tour! 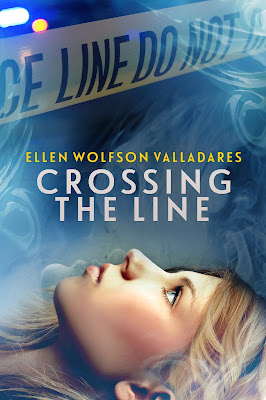 Laura, who died thirty years ago, enlists the help of a tenacious high school reporter named Rebecca, who is very much alive. Rebecca, although skeptical and conflicted by her supposed encounters with a spirit, determines to learn the truth about Laura’s tragic death. As the clues unravel and their worlds collide, Rebecca finds herself at a dangerous crossroads.

Laura, now pulled back into everything she left behind when she died – her old high school and memories of her life and death—has been in training for this exact moment. And nothing means more to her than succeeding at her assignment.

It is her one chance to make sure that what happened her does not happen to anyone else, and especially not to her new friend, Rebecca.

Q:  Tell me about your path to becoming a writer/published author.

A:  I always knew I wanted to be a writer. From a young age, I loved to write for fun and dreamed about writing a book one day. In college, I studied journalism and began a career that involved writing news, features, public relations, and advertising copy. I had put the creative writing I loved as a child on the back burner. But in the late 1990s, the desire to write a book came back and I started working on an idea I had. It took a while, but my first book came out in 2008. That was a children’s novel, called Jonathan’s Journey to Mount Miapu, and I ended up self-publishing it.
It took a few years before I came up with another idea that inspired me enough to start the writing process again. I don’t know if people realize how much goes into writing a book. The second time around, I realized I still had a lot to learn about fiction writing. I was writing a young adult novel this time and I wanted to develop great characters, a well-thought-out plot, and compelling scenes. So you write and rewrite and rewrite again. I got feedback and rewrote again.
It still had been a dream of mine to find a publisher, so I chose that route this time. I was about to give up and self-publish again when WiDo Publishing expressed interest in my manuscript. The day they offered me a contract was really a dream come true.

Q: What was the inspiration behind Crossing the Line?

A: Well, it was kind of twofold. Ironically, it started in the headlines. I say ironically because it involved tragedies occurring to young adults and of course, just recently, our community experienced the most unimaginable tragedy. It does not compare, but at that time probably eight years ago, there were some incidents in which kids did some unspeakable things to other kids and I thought if they had just taken a moment to stop and try to understand what was going on with the other person, they wouldn’t have made the rash choices they made.
Then one day, I remember I was sitting on an airplane, the idea popped into my head that a spirit who had died would come back to make sure that what happened to her didn’t happen again. I knew it would be a converging of the past and present, two stories intersecting, begging the question, could history be prevented from repeating itself?
It’s interesting and fascinating how a story and its characters develop out of a simple thought, and how the subtle messages we hope to convey get wedged between the cracks of an entertaining tale. That’s the beauty of fiction. You hope to entertain and if you’re lucky, you inspire along the way.

Q: You tell the story in alternating points of view. One of the main characters, the spirit Laura, is from the 1980s and the other is more of a current-day teenager. Was one easier to write than the other? Why?

A: Oh yeah. So I decided Laura would be from the class of 1983 because that is the year I graduated high school. In fact, as I was finishing the book, which talks about Laura’s school having their 30-year reunion, I actually attended my high school’s 30th reunion. That was great because I saw some great photos and relived memories that inspired more ideas for Laura’s story. So yes, Laura was easier to write because I lived that life. Rebecca, on the other hand, was a little more challenging. Even though I had two kids in high school at the time, they are boys. Still, my sons and their friends were a great source of inspiration. I think what I’ve learned and I hope comes through in the book is that so much is different between the generations, namely technology and access to information, and yet, so much of the teenage angst is the same. Everyone still just wants to be accepted and seen.

A: In the immediate future, I plan on doing some book events and I am hoping to put together a writing workshop. I have a couple ideas brewing for future books and projects so we will see what takes flight. Right now, I’m really looking forward to finally sharing Crossing the Line with others. It’s been a long time coming.

Q: Do you have advice for aspiring novelists?

A: Practice, practice, practice. Learn your craft and hone it. There is so much out there in books and blogs that is helpful. Join writer’s associations or groups and get honest feedback on your work. Most importantly, just do it. Put your fears aside and write from your heart. Everyone has a story to tell. 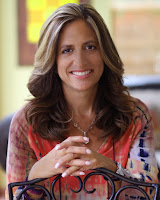 About the Author
Ellen Wolfson Valladares is an award-winning writer/author, workshop facilitator, community volunteer, and mother. A native Floridian, she grew up in St. Petersburg and graduated with a bachelor’s degree in Journalism from the University of Florida. She has worked as an editor, public relations professional, and freelance writer. Her newest release, Crossing the Line from WiDo Publishing, is a young adult novel about a teenage spirit from the 1980’s who befriends a current-day high school girl in the hopes of preventing a similar tragedy from occurring again.
Her first book, a middle grade novel entitled Jonathan's Journey to Mount Miapu, received several awards, including a Mom’s Choice Gold Award and the 2009 Coalition of Visionary Resources Visionary Awards Book of the Year award. She also has a meditation CD, entitled “Healing and Manifestation with the Archangels.”
After her first child was stillborn in 1995, Valladares became dedicated to helping families suffering a similar loss. She volunteered as a peer counselor to help bereaved moms, ran a support group called “Surviving Pregnancy After a Loss,” and helped create and run an annual event for grieving families. In addition, she is a past president of the Board of Directors of Healthy Mothers-Healthy Babies Coalition of Broward County, Inc.
Valladares has also taught numerous workshops in the South Florida area on a variety of metaphysical topics, including angels, intuition, meditation, and life purpose.
Today, Valladares continues to work as a freelance writer. Currently, she writes for several alumni magazines at Nova Southeastern University in Davie, Fla. She is a member of the Society of Children’s Book Writers & Illustrators (SCBWI) and a member and former Board member of the Florida Authors and Publishers Association (FAPA). She also enjoys working as a college essay coach for high school students and helping other writers realize their dreams.


She has been married to her husband, Manny, for close to 30 years (May 2018) and they have two sons, Gabriel and Michael, two dogs, Flash and Chili Pepper, and a crazy cat named Zelda. They live in Weston, Fla.

GIVEAWAY:
a Rafflecopter giveaway
Posted by DanielleDuncan at 21:56