Keeper of the Watch #Blitz

Check out my stop on the KEEPER OF THE WATCH blog tour! 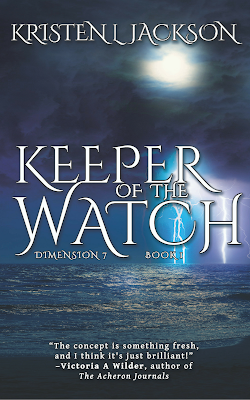 Chase Walker is beginning to doubt his sanity. From the moment he turned eighteen, a strange paranoia has taken over his mind. It all started the moment he discovered his uncle’s old watch...

The watch calls to him. Though it beckons, he resists. His body strains toward it, blood pulsing, heart pounding in a mysterious and primitive need to connect with his uncle’s old beat up watch.

When sexy and mysterious Alyx saves his life, she promises answers. She talks of dimension travel, and wears a magical watch of her own…

Excerpt from KEEPER OF THE WATCH:

“The electric shock vibrated through his hip and traveled up his body. Chase clutched at his hip and remembered the watch he had placed there that morning. He tore the thing out of his pocket, and though it was hot to the touch, surprisingly it didn’t burn him. It was an unfamiliar kind of heat, and he felt drawn toward it. He did not have an urge to drop it on contact, instead, he irrationally wanted to get as close as he could. It was almost ... welcoming. It beckoned him. His left wrist began to ache, and he once again felt the magnetic pull of his body toward the watch. It was as if it needed him to put it on, and his body reciprocated that need. As before, he could feel every cell of his blood as it flowed in his veins and pumped through his beating heart in a mesmerizing swish-swish swish-swish, which kept a perfect rhythm to match the ticking hands of the watch. In that moment, his body came to life as it never had before, and his mind went blank except for this one all-consuming connection. He reached out for the watchband ...” –Chapter 2, Chase Walker 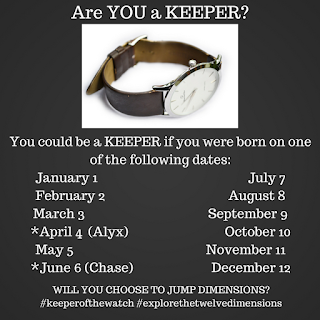 About the Author
Kristen L. Jackson lives in Reading, PA, with her husband, two grown sons, and three large-breed dogs. She has been a teacher for over 20 years, and writing for children of all ages is close to her heart. Her debut young adult sci-fi novel, KEEPER OF THE WATCH, is available now, and her children's picture book, JOCELYN'S BOX OF SOCKS, will release in late 2018/early 2019. She enjoys writing, reading, and spending time with her family at their cabin in the Pocono mountains of PA.

Check out the KEEPER OF THE WATCH Word Search! 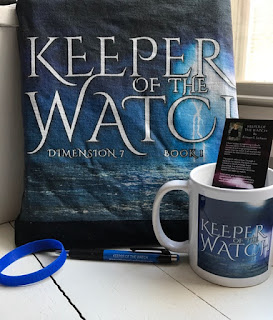 a Rafflecopter giveaway
Posted by DanielleDuncan at 12:12