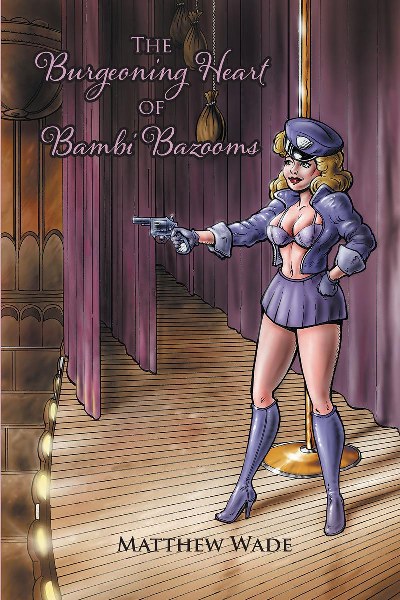 Following her fiftieth birthday, Cartoon striptease artist Bambi Bazooms decides to shake off her midlife funk and see what life has to offer outside of her pleasant but quaint neighborhood of McCayville (in Chicago, Illinois). On the first Human Night of August 1993, she meets a handsome options trader named Steve Warner (no relation), and is immediately enamored. What follows is a whirlwind romance, as well as an exciting new career as a legal secretary, courtesy of Steve’s friend Reggie Morton. However, as she further entangles herself in human affairs, will she alienate herself from her sister, Fanny Firecracker, her friend Cinnamon Bunns, and the rest of her Cartoon family? Start reading to find out! (To make matters even worse, humans and Cartoons mutually distrust each other, all because of a violent incident that happened many decades ago.)


Cinnamon merely looks down, shrugs and grabs her flannel shirt off a chair by one of the makeup tables. Fanny and I throw off our robes and put on our dresses and shoes, then we all head out the back door. 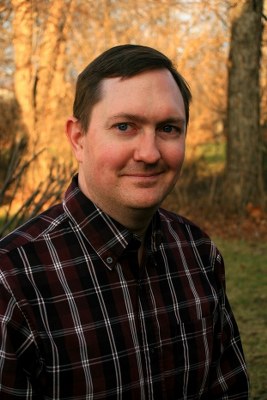 Ever since I can remember, I've loved reading. I participated in advanced reading groups as a child, and often read above my grade level. As a pre-teen, I gravitated toward science fiction and fantasy, and never looked back. My love of the fantastical inspired me to write my own short stories, which were often simple and crude (in terms of quality, not subject matter, though sometimes that, too). I didn't have too many friends when I was younger, so books kept me company. However, my teachers always praised and encouraged my writing, and I was happy they did.

Today, I've found some friends who share my love of reading (and often the same genres and titles). I've also taken my writing much more seriously, In addition to my novels, I've enjoyed writing movie reviews for a Facebook group called Adventures in Videoland, as well as book reviews here on Goodreads. When I'm not reading, writing or watching movies, I enjoy attending Purdue sporting events, going to local cultural and food festivals, and visiting friends and family around the country. I hope that I can one day count some of you among my friends, and hope you enjoy reading my books!