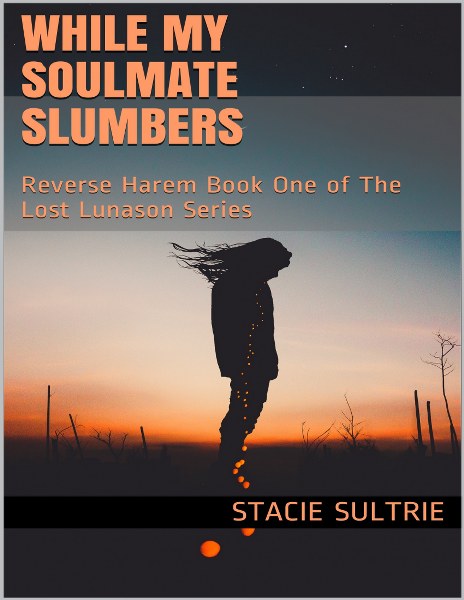 When the love of her life sacrifices himself to protect her from the ultimate evil, Cassia Lunason plunges herself into an enchanted slumber. After two hundred years of blissful dreaming, Cas wakes up to discover that the world has become a very different place. Cars zoom down the streets, lights come on with the flip of a switch, and enchantresses take more than one mate.

Not only does the powerful enchantress need to learn how to navigate the new world, Cassia soon realizes one very important thing - her soulmate is still alive. With the help of her familiar, a majestic white wolf with the ability to speak telepathically, Cassia struggles to reach her lost love. Along the way, Cas is distracted by a handsome man who will stop at nothing to help her get her beloved back.

Will Cassia reach her lost love in time?
Is the evil her soulmate sacrificed himself for truly destroyed?
Can her newly kindled friendship stand up to the scrutiny of her familiar?

Turn the page to see how Cas deals with the multiple men in her life while struggling to get the one man she has always loved back.

Ari nipped Cassia’s breast then gradually slipped her dress down her body, removing her clothing for the first time. He didn't breathe as he reverently assessed her exquisite figure. There were a myriad of lights, from the full moon to the flickering candles, illuminating Cassia’s silky skin and giving her an out of this world appearance. Cas lay almost bare before him, the only article of clothing she wore was a pair of beautiful white lace panties. Ari reached his finger under the waistband, enjoying the sensation of the material against his skin. "Cassia, you are the most beautiful thing that exists in this world," he breathed.
She laughed at his proclamation. "Ari," she chuckled, "that's not true. Look at the way the moonlight hits the waterfall and is reflected in the river. Think of the stunning colors created by the sunset or the lovely flowers that grow in the field. There are many things in this world more beautiful than I."


"Cas," he said, placing a knee on each side of her waist. "I have seen the rarest emeralds in the world," Ari planted a kiss on each of her eyelids. "I've felt the softest silk ever created," he continued, and slowly kissed her lips. "I have glimpsed the most perfect color of pink known to man," he persisted, moving down to place a kiss on each nipple. "You, my love, are the most beautiful thing that exists in this world." Ari deliberately licked his way down her stomach and bit the waistband of her panties, pulling them away from her figure. 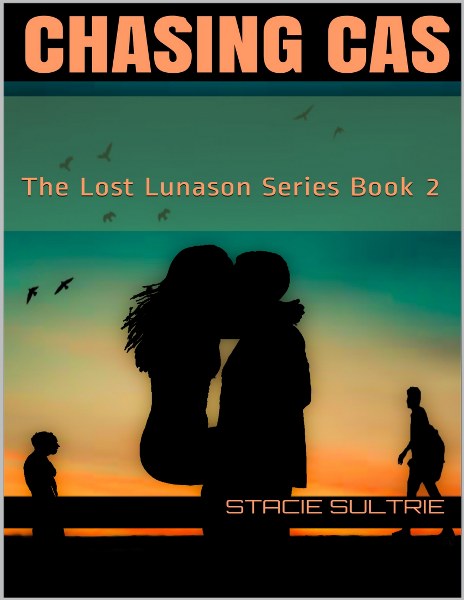 Follow Cas and her three powerful protectors in this exciting paranormal tale of magic, shifters, and soulmates.

Cassia, the most powerful enchantress born in centuries, is so busy living her happy new life that she doesn't realize people are searching for her. While Cas spends her time bonding with the boy next door, the soulmate she doesn't remember exhausts every option on his hunt to find her.
Unfortunately, he isn't the only one hunting...

An evil from her past is back with a vengeance and will do everything imaginable to destroy Cassia and her mates - including feasting on unsuspecting humans and tormenting the other enchanted.

Can Cassia's true love find her before evil destroys them all?
Will Braxton finally risk everything and reveal his secret?
Book 2 of The Lost Lunason Series really heats up and will leave you begging for more!

This is not a standalone and should be read after "While My Soulmate Slumbers."

Cas was shocked when Vita’s bonds began to disintegrate, knowing that she embedded an immense amount of power into the magical chains. Vita spat in her face and then started to laugh. “I thought you were powerful,” she said, and flung Cassia across the room. Cassia used her magic and Braxton’s strength to propel herself at Vita, speeding through the disheveled dining room like a train racing through a subway tunnel. Cas barreled into Vita, sending them both hurtling through the wall into the kitchen.


Vita snagged a splintered piece of wood and swung it at Cassia’s head. Cas ducked the blow seconds before it could land, but Vita smashed her in the mouth with her opposite elbow. Vita called air and sent Cassia flying across the kitchen. Cas let out a groan of agony when she landed on the breakfast table, shattering it like glass into several pieces. She felt a sharp pain in her chest and knew instinctively that her rib was broken. Cassia struggled to catch her breath as Vita rose to her feet and approached her battered form. “You repulsive, feeble excuse for an enchantress,” Vita said, taking another step in Cassia’s direction. “You are no better than a useless human.” Another step brought her within touching distance. “I will enjoy destroying you, Cas, but I’m going to love taking your mates.” 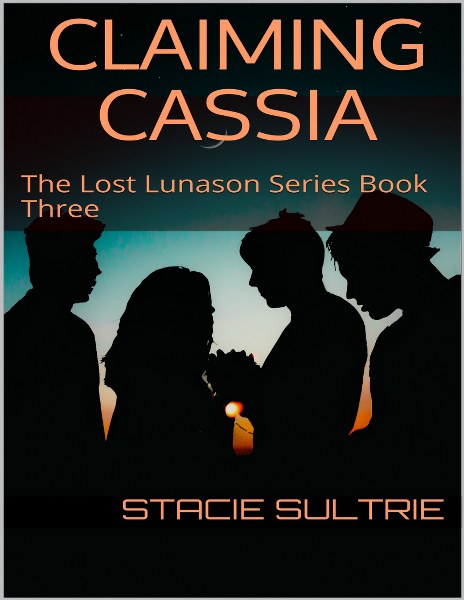 Just when she thinks it’s safe to concentrate on her relationships, Cassia’s world is turned upside down once again.


The most dangerous enemy of the enchanted is on the loose and nobody is safe.
Celestia has made the ultimate sacrifice for her sister, unfortunately, this is the worst time for her to be so vulnerable.
Secrets are revealed that leave Cas wanting more than just answers, and her three muscular mates hope to giver her everything she desires.
If you thought Chasing Cas was hot, you won’t believe the action in book three!

He noticed his own body quake as he slowly slipped a finger inside of the woman he’d wanted for so long, and growled when he felt the heated sides of her entrance clench around his digit. Braxton deliberately wiggled his finger and was satisfied when Cassia began to moan and writhe from his touch. He took her nipple into his mouth, twisting his tongue around the extended peak while Jordan continued to devour Cassia’s lips. He gradually slid another finger inside of her heated hole and nipped her soft skin as Jordan increased the pace. Cassia’s hand gripped his oversized organ when she found a release, breaking free of Jordan’s kiss and yelling in the throes of her passion.
Braxton loved the way her body clenched and unclenched around his fingers, and couldn’t wait to feel the sensation around his monstrous member. He rolled onto his back and roughly gripped her waist, pulling Cas away from Jordan’s grasp and centering her on top of his own body. Braxton moved her back and forth a few times, feeling her juices run across the length of his organ, attempting to excite her even more. He was finally going to unite with his mate in the way he’d needed to do for so long, but he wanted her in a frenzied state of lascivious need before he did. Brax poured all of his desire into the bond and sensed her own heightened emotions connecting back to him. Cassia’s body was demanding his in a way that he’d never known possible - hungry for his touch, thirsty for his kiss, and craving his cock.
Jordan inched closer to them both, and Braxton’s desire mounted when the enthralling enchanter reached for Braxton’s hair, pulling his face toward Jordan’s own. Jordan violently took his lips, his tongue demanding entrance into Braxton’s mouth. Braxton felt Cassia’s passion pound against the bond and knew that she was excited by this new turn of events. He wasted no time giving into Jordan’s command and kissed him back with zealousness. Jordan broke the kiss and allowed Braxton’s head to fall back onto the bed, “I’m in charge here,
Wolfie.”
Braxton didn’t bother to argue because it didn’t matter to him who was in control. All he wanted was to experience this intimacy with his mate for the first time. He pulled her face down to his while Jordan positioned himself behind Cas. Braxton kissed her passionately, enjoying the taste of his precious little wolf. As Jordan reached around her side and began to play with her little nub, Brax felt the brush of Jordan’s fingers against his manhood and let out a low moan.
She wriggled at the touch, her hot mound sliding against Braxton’s shaft as she continued to pour her emotions into the bond. Braxton, she called through the link, please. “I need you,” Cas whimpered, and Braxton positioned the head of his cock at her entrance.


I love you, Little Wolf, he told her, as he felt the tip of his member begin to stretch her heated core. He was going to enter her as slowly as possible, to feel every inch of his shaft enveloped by her heat, knowing that they would both remember this moment for eternity. 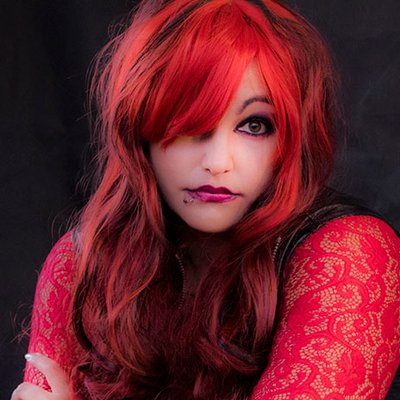 Stacie Sultrie was born and raised in the United States and currently lives in a tiny Midwestern town. She has a loving and supportive husband who always encourages her to follow her dreams. Stacie has an amazingly athletic son that habitually hauls the family around the Midwest for sporting events. She also has two darling dogs that stay up late with her while she works on her books. Stacie is a stay-at-home mom, has earned her bachelor's degree in psychology, and plans to continue writing while pursuing a master's degree. She enjoys watching her son play sports, is an avid reader, and has a myriad of artistic hobbies. Stacie has always appreciated horror, paranormal, and romance books, but after reading her first reverse harem, was hooked on the genre. She hopes to publish a book every two or three months, and is grateful to everyone that supports her!