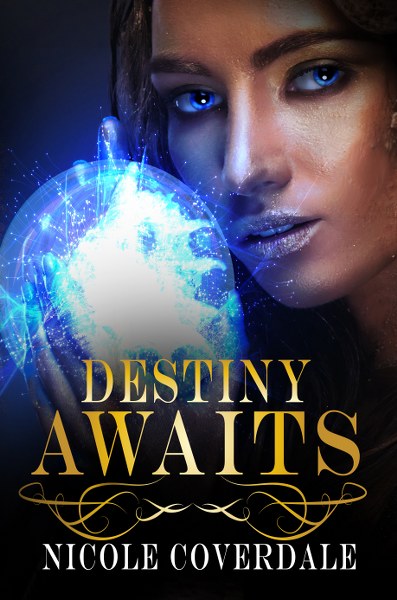 For as long as the earth has been afloat, demons, witches, Gods, and angels have walked among us. Unknown to the human world, and now the time has come for four sisters to embrace a destiny…


Josslyn, Jade, and Julie Morgan never imagined magic was real. That is until they visited their grandmother’s grave. Now a journal their deceased mother left for them, a symbol they all know too well, and an earthquake in Minnesota has them all believing in the impossible…

They’re witches. Good witches, destined to keep the human world safe from the demonic forces that plague mankind, and now they have powers. Magical powers. Josslyn can freeze time, Jade can control electrical forces, and Julie can see the future. But, another surprise awaits them. Jasmine Nichols, a young woman who looks the spitting image of their mother. She’s their sister, and she can move things with her mind.

Adjusting to their new life as witches, coming to grips with the fact they have another sister, and to control their newfound powers the sisters find themselves on a trip to the past to get answers. But as they search for answers… an even greater threat is coming. The demonic world now knows about them, and they want one thing. Their powers.

“Did you hear something?” Josslyn asked.
“Yeah. Like a loud boom!” Julie cried, racing into the kitchen. “Where is she?”
“Ahh… I think I might know,” Jade said, pointing to the book on the counter. “I think she cast the time travel spell.”
“What! Why would she do that?”
“Because I gave her the idea.”
“What!”
Josslyn and Julie swung toward Jade.
“Why the hell would you do that?” Julie shouted.
“Who knows where she went!” Josslyn added. “Jade, we know nothing about this book, about these spells, or even our powers for that matter! We’re all in unchartered territory!”
“Which is exactly why we have to stick together,” Jade said.
“Look, here’s the spell. We can follow her.”
“How?”
“By our blood,” Jade said. “Our blood is what links us, and if we add our blood to the potion, maybe it will bring us to her.”
“Maybe?” Julie shook her head. “No way! Maybe is not good enough. We don’t even know how to get back. There’s no spell to bring us back!”
“That’s just a risk we’re going to have to take,” Josslyn said. “I may not be too eager to go face demonic creatures who want to kill us, but I do know that she’s our sister. We only just found her, we can’t lose her now.”
“Agreed.” Jade handed them each a knife. “On the count of three?” 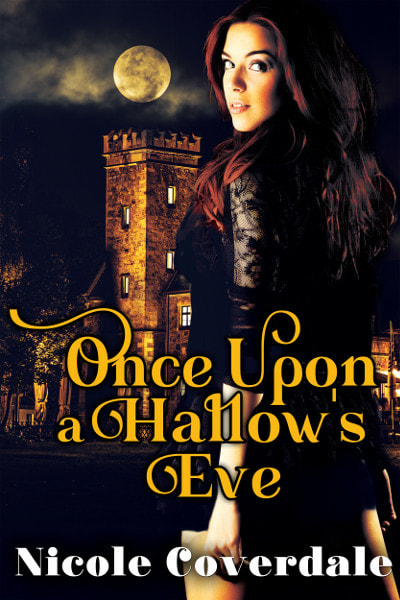 Once Upon a Hallow's Eve
The Wiccan Way Book 2

On all Hallow’s Eve, as Josslyn, Jade, Julie, and Jasmine look to have a good ole time at the annual masquerade party, someone is planning to take away the very happy endings they grew up with…


Life has been anything but easy for Josslyn, Jade, Julie, and Jasmine ever since they found out they were witches. After an epic showdown with Satan four months ago, things are finally slowing down. Jade has gotten her bar and restaurant up and running. Both Julie and Jasmine have gone back to school. Josslyn… she’s still struggling with what she wants to do with her life. But as Halloween rolls up, they all know one thing. They want to have a good time!


Little do they know an evil witch is threatening to ruin their four-month hiatus from the demonic world. Sucking them each into a different fairytale. Fairytales, whose endings have been altered. Now it’s up to Josslyn, Jade, Julie, and Jasmine to right the fairytales before happy endings cease to exist. 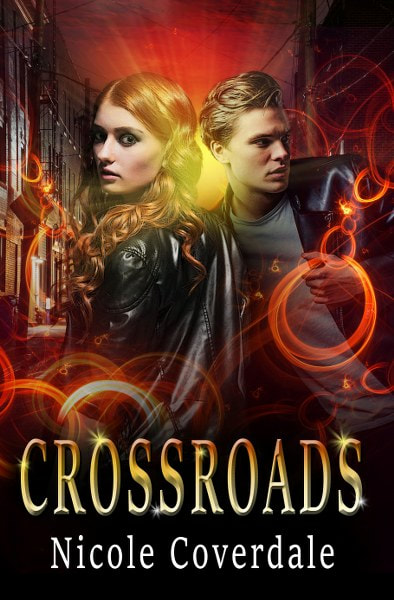 When light and dark collide, one sister must make a choice that could change their lives… forever.

In the wake of the tragedy that struck on Halloween night, Josslyn, Jade, Julie, and Jasmine are shocked to learn the truth about Sky. He has no heart—someone stole it and now they are bound to get it back. When Jade, Jasmine, and Sky embark on a trip to the heavens to find his heart, they realize things are not as they seem. Black angels have taken over the heavens and they want one thing—Jasmine and Sky dead.
But the heavens have a silver lining. A psychic, who is tasked with helping Jade find the answers to the questions she seeks by taking her on a journey to her past, present, and future. What she sees changes everything, but time is running out. For she can only focus on one thing… the threat to the future.
For down on earth, something has gone terribly wrong. For the underworld has risen to the surface and one sister has turned to the dark side. 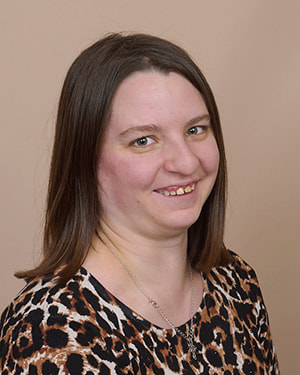 Born and raised in the Midwest, Nicole Coverdale writes in several different genres: Mystery, suspense, romance, fantasy, and the paranormal. She is the writer of the urban fantasy series, Wiccan Way, set in St. Paul, MN, about four sisters who find out they are witches, and while adapting to their newfound powers, uncover hidden family secrets none of them knew existed. She is also the author of the Randolph Saga, which follows Elena Rodriquez's family, as they are targeted by a rogue organization that wants to ruin Elena and everything she holds dear.


With several books already mapped out, Nicole spends most of her days on the computer, letting the words flow, but when she's not writing she loves to shop, binge on Netflix or Hulu, cook, bake, and in the fall loves nothing more than a good football game. Go Pack Go!