Sealed With a Kiss #Review #Interview 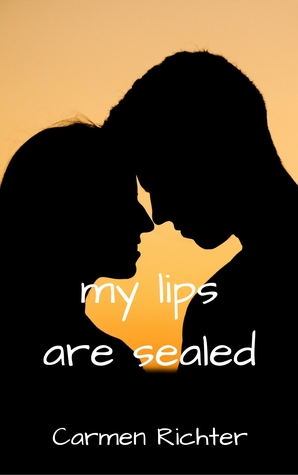 My Lips Are Sealed (Sealed With a Kiss Book 1)

When Zoe's boyfriend went missing at the end of her sophomore year in high school, she thought happiness was a thing of the past. After returning from a summer trip on the other side of the world, she went to an open mic night at a local coffee shop, wanting to try a song she'd written for her missing boyfriend out on an audience. Meeting anyone new was the last thing on her mind that night, but when Elijah, a recent graduate of the local private liberal arts college, struck up a conversation with her after hearing her sing, she couldn't help but be drawn in. Sparks flew that night, and neither of them could deny that their chemistry was real. But what happens when she walks into her drama class the next day to find out that Elijah is her new teacher?

Zoe is a non-identical twin. She is close with her sister but they are different in many ways. Zoe loves the performing arts. Her boyfriend was a popular jock and the towns golden boy. After an argument, he had left her house earlier than expected one night, but never returned home. Zoe has struggled with his disappearance ever since. The start of the school year is approaching and Zoe knows she needs to pick herself back up. She wrote a song and wants to perform for a local audience to try it out. While at a local cafe she meets a guy. He’s new in town and they have similar interests. What she doesn’t know is that he’s her new drama teacher. The pair become close and Zoe needs someone to lean on. My lips are sealed has a lot to offer. It’s the start of a series. It’s a mystery, Forbidden romance, Zoe has a passion for the performing arts and there is an underlying compassionate story. This book is 500 pages plus so it has a lot going on. Zoe has a good network of friends and all is not what it seems with her missing boyfriend. The story is a little messed up. It offers something different. It’s a lengthy interesting read.4 stars out of 5. 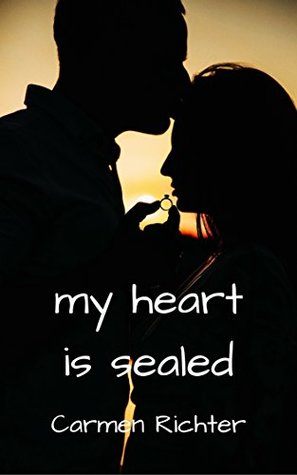 My Heart Is Sealed (Sealed With a Kiss Book 2)

Five years after Zoe left everything and everyone she knew behind to attend NYU, it seemed like she’d gotten everything she ever wanted. She was acting on Broadway in her dream role and even booking solo concerts. When Elijah showed up at one of her concerts and their romance rekindled, she quickly realized that what she gave up to move to New York was worth more than any job, no matter how glamorous. She moved back to St. Augustine to marry the man she never stopped loving and it seemed like she was going to get the fairy tale ending and the happily ever after. But when someone starts threatening her anonymously and trying to expose all of the skeletons in her and her friends’ closets, will she and Elijah be able to handle a very different kind of pressure on their relationship?

After receiving a threatening message at their wedding, Zoe and Elijah are more determined than ever to do two things. First, to enjoy their new life together as a married couple. And second, to find and stop their stalker once and for all. But the messages continue to get more and more threatening, and they and their family are still just as stumped as ever in their quest to find their tormentor. With the unexpected news that they are about to have their first child, their resolve to find and stop this person is even more firm. Who is doing this to them? And why? Find out in the third installment of their epic love story!

My future is sealed is the 3rd book in the series and the story is continuous. The cover gives us a glimpse into what to expect from this instalment. Everything is stepped up a knock; the romance, the crazy stalker and drama of the plot. It’s honeymoon time and our newlyweds are heading off for a relaxing vacation. Unfortunately they are not alone and scandal is about to break out. Unwanted attention can be both scary and damaging. This instalment is one crazy rollercoaster as the journey to happiness continues. 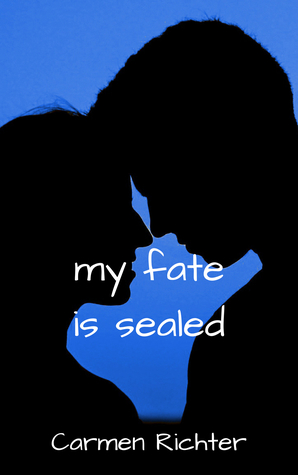 My Fate Is Sealed (Sealed With a Kiss Book 4)

Elijah hasn’t had the best luck in life. When his best friend committed suicide right before the end of their senior year of high school, he went to Florida in search of a fresh start. When his girlfriend betrayed him a year later, it seemed as though the universe was conspiring against him to make his life as miserable as possible. Until he met Zoe. In a matter of a few hours, she turned his world upside-down and gave him back his passion for life. When he starts his first teaching job out of college the next morning and sees her sitting in his class as one of his high school students, will he retreat back into himself like he’s become accustomed to doing for so long? Or will he risk everything for the girl who reminded him that life is worth living to its fullest?

I’m really enjoying this series. Zoe is our leading lady but this book is writing from Elijah’s POV. It’s the story from the beginning but different from Zoe’s books. Elijah has had a rough ride when it comes to the ladies and now the girl he wants is forbidden. He doesn’t always get his own way and it’s really interesting to see the story from his POV. He has a strong personality which comes out well in this story and we see a whole different side of the same romance. 4.5 stars out of 5. 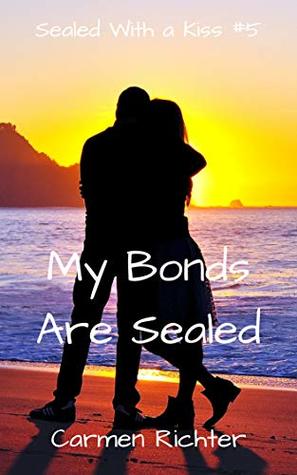 My Bonds Are Sealed (Sealed With a Kiss Book 5)

THIS NOVEL CAN BE READ AS A STANDALONE, however, certain events in this novel will make a lot more sense if the other novels in the Sealed With a Kiss series are read first. River Hendricks's life is a mess. Her mother has just been diagnosed with stage two breast cancer and is about to start treatment. Her twin sister, Zoe, is living a thousand miles away and has just been the victim of an assault but is refusing to report it. Oh, and one of her college professors is Zoe's ex, Elijah, who is obviously still as in love with Zoe as he was the day she left Florida to move to New York three years ago. Wanting to be supportive of her sister, River has agreed not to tell anyone about Zoe's assault, leaving her as the only one who knows about it. And the weight of keeping it from everyone who cares about Zoe is crushing her. Mason Kelley has been Rob Jacobson's partner since graduating from the police academy a year ago. And in that time, he's fallen head over heels in love with the one girl he thinks he can never have: River, who happens to be Rob's stepdaughter. They've become close friends, which he thinks is the most he can hope for. But when River's boyfriend Patrick is all but oblivious to her obvious struggles, Mason does the only thing a friend can do. He steps up to the plate and is there for her as the friend and confidant she desperately needs. As River faces the challenges life has thrown at her, some of the bonds she's forged with people will be broken. Some of them will be tested. Some will grow stronger than she ever thought was possible. And one bond, maybe the most unexpected one, will grow into the kind of love she thought was only possible in her dreams.

As some of you know my favourite part after reading a book is to see what the Author wrote in the back (Titled: Author’s notes in this book). If your reading this book, check this section out. You don’t want to miss the connections. It tells us how the book came together for both the author and characters. It’s a treat!My Bonds Are Sealed is the last instalment in the Sealed with a kiss series. It’s probably my favourite because I’m familiar with some of the characters and it’s cleverly crafted. The series is based around Zoe (River’s twin sister). The first 3 books are Zoe’s, the 4th is her boyfriends and this is River’s story. The twins live in different places and this story is completely it’s own, but Zoe’s life is intertwined. Zoe’s life is hectic and in the spotlight, where as River is behind the mic. The twins are opposites. River is with the wrong guy. He’s become routine. When she needs help she realises he is never going to change and she needs to use different resources. Mason would do anything for River. She needs a lift he’s there. A shoulder to cry on? No problem. He’s a supportive friend even though he wants more. River needs to get rid of the useless boyfriend, and Mason is there when her life is rough. She starts to see him in a different light. My Bonds are Sealed has some bittersweet moments.This is aimed at the adult audience and this little dark horse will make you bush (not recommending a bus journey read lol). I’ve really enjoyed this series and have loved seeing the story grow. There’s two sides to every tale and this author is good at spinning the other side. I’m sad this series is over but looking forward to seeing what comes next.

1. What was your inspiration for this series? 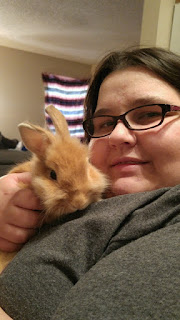 Carmen Richter is an independent author who writes as a labor of love. She has a day job in the claims department at an insurance company, so writing is a welcome escape after talking to a lot of people who are having bad days every day. When she’s not writing, she loves going to the movies and attending concerts and live theater. She lives in the Kansas City area with her boyfriend, Brett, a bunny named Marty, and a cat named Mal.
You can find Carmen online in the following places:
Blog/website: www.carmenrichterwriting.com
Newsletter: http://eepurl.com/dM0P3c
Facebook: www.facebook.com/carmenrichterwriting
Facebook Reader Group: www.facebook.com/groups/sealedwithakissgroup
Instagram: @cprwriting
Twitter: @cprwriting
Amazon Author Page: www.amazon.com/author/carmenrichter
Goodreads Author Page: https://www.goodreads.com/author/show/4955457.Carmen_Richter
Bookbub Author Page: https://www.bookbub.com/authors/carmen-richter

Posted by DanielleDuncan at 02:29