Ammon and his brother dream of becoming Guardians for their hidden home called Cephas Island. Under the watchful eyes of Levitians and Stone-wielders, ventures, choices, trials, and darkness carry Ammon ever closer toward his mortal destiny. As he continues to unlock his physical, mental, and spiritual capabilities, darkness builds momentum throughout the world.
Spiritual titans wage war over the Creation Stones, seeking the final hidden Stone of Matter, and revealing glimpses of the Greater War that affects them all. As balance shifts between light and darkness, dreams weave through Ammon’s mind, guiding him towards foreign paths. After imagining a life spent with his family and friends, he must choose which paths he will tread. Yet one thing remains clear. The world of Proelum, and life as they know it, is about to change. Perhaps for the last time.

—
EXCERPT:
The brothers realized the massive shapes were not mythical sea monsters, but wooden ships with billowing sails. There were twelve of them. Foreign ships approaching rapidly from the west, releasing a hellfire of metal upon the Isle. Ammon had heard stories of pirates before that day. It had all seemed like fantasy before then, though incomparable to leviathans.
He felt a flood of new questions pour into his mind, all concerning the outside world. The first of which was, Why would they hurt us?
After several more blasts, there was still no reaction from the Temple. The white structure was ghostly as sand, and flowers fell around it. Dust and strange shouts drifted about, illuminated by the rays of the setting Sun. The brothers couldn’t believe the mysticism before them. It was like a scene from Ammon’s often-vivid dreams.
As the wreckage ensued and the ships drew ever closer, it became clear to the brothers that they were in real, mortal danger. The entire Isle was in shambles as projectiles continued striking the Temple. Everything seemed ablaze as sunrays lit the scene on fire. All was hazy and red like crimson clouds. All while the Temple stood still.
Finally, the Temple doors fell open. The brothers whimpered with relief. Two lines of Guardians appeared from the bright void, marching out with white robes and blank faces. There was a fluid motion to their step, lacking all impatience. Ammon looked at Mikael as a sideways smile grew on both their faces.
“I can’t believe this is happening,” Ammon said, turning back towards the violence. The two lines of Guardians were parallel to each other and to the beach, facing the approaching threat. Metals pummeled the sand around them, launching fragments into the air. The Guardians remained untouched.
A great dust storm stirred up, obscuring all shapes into dark-brown shadows. The Guardians stood still as the dust cloud thickened, while the blasts from impacts grew louder.
“What are they waiting for?” Mikael mumbled, tears of anticipation in his eyes. I don’t know, Ammon thought to himself. I don’t know… 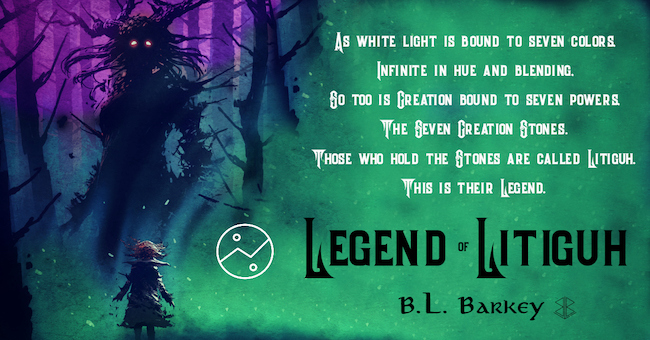 Author Bio:
Since he was a child, he always had a passion for reading, fiction movies, adventure, and school. He always loved school, particularly math. He was the kid that would sleep in Algebra class, then wake up to ace the test. Yeah, no one likes that kid. Oh well.
He is a single dad to two children (of the “canine” persuasion) named Toby (blue heeler mix) and Nala (husky wolf mix). Oh, and he has a cat named Lucy. She is cool too.
Brandon still loves reading, running, and math which is pretty much all he does now. He also loves traveling around the U.S. and other countries when given the chance. He hopes to publish his books, continue to contribute to society through engineering, travel the world, and find his best friend in female-form to marry and raise a family with (both human and canine children).

Posted by DanielleDuncan at 00:04