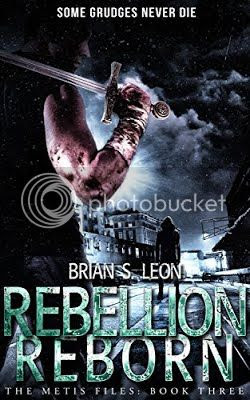 Millennia ago, beings we call angels were tasked with watching over humankind in its infancy. Rather than protect humans, these Watchers decided to subjugate them instead, beginning a rebellion that would rock both Heaven and Earth. Defeated, the most powerful of the Watchers were imprisoned for eternity, while the weaker ones were condemned to live out their existence on Earth, relegated to the shadows that now occupy human myths and legends.

Until one of the Watchers escapes.

Immortal protector of humanity and one-time hero of the Trojan War, Diomedes—better known as Steve Dore these days—is horrified to discover that what human authorities think is a mentally unstable cannibalistic murderer is actually a gateway to something ancient and apocalyptic. Racing against a cosmic timetable, Diomedes is drawn into a dark and sinister underworld in a desperate attempt to stop another uprising.

But stopping this enemy may cost him far more than his life. Some grudges never die. 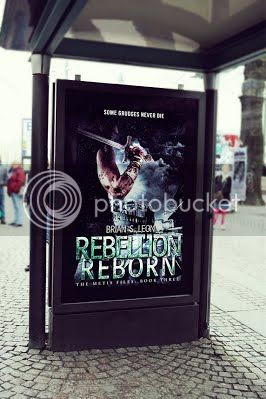 Other Books In The Metis Files Series:

Steve—Diomedes Tydides to his Trojan War buddies—just had a bad day on his charter fishing boat in San Diego, but when the goddess Athena calls on her faithful warrior for another secret mission, he’s ready. The bomb that exploded inside the Metropolitan Museum of Art isn’t the crime American authorities think it is. Someone also stole the Cup of Jamshid, and Diomedes knows its fortune-telling abilities won’t be used for anything benign.

Though Diomedes recovers the Cup from a determined shaman holed up beneath Central Park, when he finds his allies slain and the Cup taken once more, he knows he’s up against a truly powerful enemy. Over a millennium has passed since Diomedes last contended with Medea of Colchis, deranged wife of Jason the Argonaut, but neither her madness nor her devotion to Hecate, goddess of witchcraft, has waned, and she intends to use the Cup of Jamshid to release across the world a dark brand of chaos unseen in human history.

Immortal since the Trojan War, Diomedes must once again fight for mortals he understands less and less, against a divine evil he may never truly defeat.

The hunter becomes the hunted.

Framed for the murder of a high ranking member of the Unseelie Court of Fae, Steve Dore–also known as Diomedes, Guardian and protector of mankind–goes on the run. He’s determined to uncover the real culprit and clear his name.

But the assassination may be the beginning of a more sinister plot that involves not just the Fae and Humankind, but all the races of the world. And what if the real assassin is a boogeyman even the Fae don't believe is real? 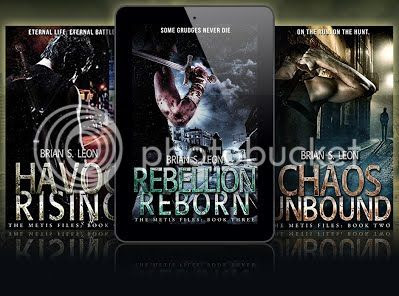 Brian S. Leon is truly a jack of all trades and a master of none. He writes just to do something with all the useless degrees and skills he's accumulated over the years. Most of them have no practical application in civilized society, anyway. His interests include mythology and fishing, in pursuit of which he has explored jungles and museums, oceans and seas all over the world.

His credentials include an undergraduate degree from the University of Miami and a master's degree from San Diego State University, plus extensive postgraduate work in evolutionary biology at the University of Massachusetts Amherst, where he studied animals most people aren't even aware exist and theories no one really cares about anyway.

Over his varied career, Brian's articles have been published in academic journals and popular magazines that most normal people would never read. They can be found in The American Society of Primatologists, the American Journal of Physical Anthropology, Proceedings of the American Association of Zoos and Aquariums and the like.

His more mainstream work came as an editor for Marlin and FlyFishing in Salt Waters magazines, where he published articles about fishing and fishing techniques around the world. He won a Charlie Award in 2004 from the Florida Magazine Association for Best Editorial, and several of his photographs have appeared on a number of magazine covers--almost an achievement of note, if they weren't all fishing magazines.

Always a picky reader, Mr. Leon enjoys stories by classical masters like Homer and Jules Verne as well as modern writers like J.R.R. Tolkien, David Morrell and Jim Butcher. These books, in combination with an inordinate amount of free time, inspired him to come up with tales of his own.

Posted by DanielleDuncan at 21:50