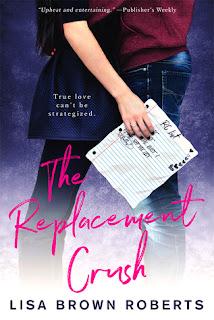 Operation Replacement Crush is in full effect. And Dallas is determined to take her heart off the shelf.


I really liked the synopsis of The Replacement Crush but found the story just okay. I felt it was a slow starter. Vivian manages to hook up with her long-term crush only to find he is a player. Now she wants to replace him with someone more worthy. She is a nerd and a blogger. She wants to dress more grown up and wants to be noticed by boys. She wants to find a safe boy who is reliable rather than giving her that zing feeling.

There's a new boy at school and he seems to be in all the places Viv usually goes. He's a hot-nerd and has just started a job at the bookstore she works at. They come up with the replacement crush mission but maybe Viv can find more than a rebound.

This is the second book I've read by Lisa Brown Roberts. They are both nerdy reads and adds sci-fi fans an extra treat. This is a second look ARC. My review is my own and honest.

Other books by Lisa Brown Roberts: 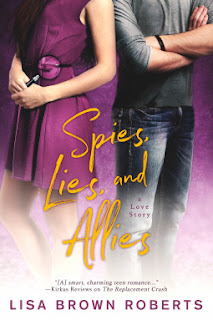 Lisa Brown Roberts
Summers are supposed to be fun, right? Not mine. I’ve got a job at my dad’s company, which is sponsoring a college scholarship competition. I just found out that, in addition to my job assisting the competing interns, I’m supposed to vote for the winner. Totally not what I signed up for.

My boss is running the competition like it’s an episode of Survivor. Then there’s Carlos, who is, well, very distracting––in a good way. But I can’t even think about him like that because fraternizing on the job means instant disqualification for the intern involved.

As if that’s not enough, an anonymous informant with insider intel is trying to sabotage my dad’s company on social media...and I’m afraid it's working.

Much as I’d love to quit, I can’t. Kristoffs Never Quit is our family motto. I just hope there’s more than one survivor by the end of this summer.

My review
Posted by DanielleDuncan at 22:00