Daughter of the Sun Tour and Giveaway! 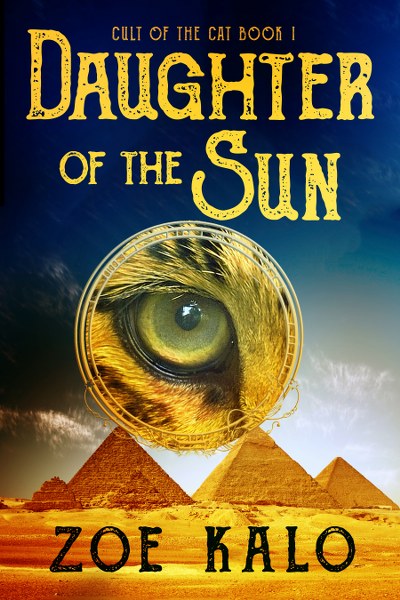 Daughter of the Sun
Cult of the Cat Book 1
by Zoe Kalo
Genre: YA Contemporary Mythological Fantasy

Sixteen-year-old Trinity was born during a solar eclipse and left at the doorsteps of a convent along with a torn piece of papyrus covered with ancient symbols. Raised by nuns in the English countryside, she leads a quiet life until she’s whisked away to the Island of Cats and a grandmother she never knew.

But before they can get to know each other, her grandmother dies. All that Trinity has left is a mysterious eye-shaped ring. And a thousand grieving cats. As Trinity tries to solve the enigma of the torn papyrus, she discovers a world of bloody sacrifices and evil curses, and a prophecy that points to her and her new feline abilities.

Unwilling to believe that any of the Egyptian gods could still be alive, Trinity turns to eighteen-year-old Seth and is instantly pulled into a vortex of sensations that forces her to confront her true self—and a horrifying destiny. 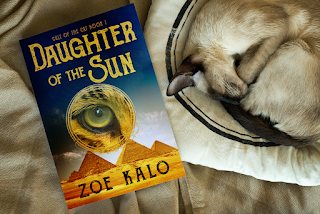 A certified bookworm and ailurophile, Zoe Kalo has always been obsessed with books and reading. The pleasure of writing and sharing her fantasy worlds has remained. Today, Zoe passes her stories to you with lots of mystery, adventure, a hint of romance, and the delicious sweep of magic.

Currently, she balances writing with spending time with her family, taking care of her clowder of cats, and searching for the perfect bottle of pinot noir.

Connect with Zoe Kalo on the web.

An ancient Egyptian themed gift related to the book (I need to decide which, as I have several possibilities)
Follow the tour HERE for special content and a giveaway!