Welcome to my stop on the blog tour for Limited Truth by Kay Bennson! 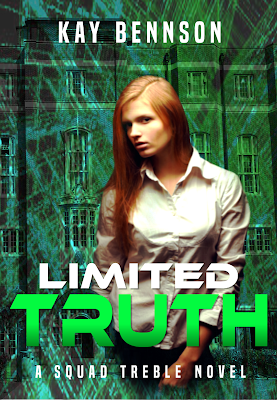 WAR GAME XRIYOUR SCHOOL. YOUR HONOR. YOUR DUTY.These words have more meaning than fourteen-year-old Cassie Routhier and her classmates can comprehend when a strange group called the Chi Rho Iota Corporation take over their high school. Suddenly, they are thrust into a state of the art war simulation that is supposed to prepare them for World War III.It doesn’t take long for rules to be broken, for people to fight dirty, and for it to seem like something is amiss with the federally mandated simulation. Cassie and her squad are faced with discovering the intentions of the Chi Rho Iota Corporation as well as partaking in a war game that claims to be harmless when it’s anything but safe.Nothing is as it seems in LIMITED TRUTH.

“Good morning!” Owen called over the crowd. “And good luck.” He turned and faced the principals. “If the principals would shake hands.”
“Wait!” I shouted, alarmed. “That’s it? They’re just going to start it?”
For once Patrick had nothing snarky or sarcastic to say. He looked terrified, his face as white as a ghost. This was really happening and there was nothing we could do about it.
“Students, face each other.”
I looked over my shoulder at Kara and Jared. Their hands were interlaced, bodies ready to spring.
“Enter the simulation now.”
The tingling sensation was back as I pressed the button on my I.D. bracelet with a trembling hand. Just like the day before, the outside edges of the high school disappeared with a blue ripple and the vivid colors returned, but I was too scared now to enjoy them.
Owen’s voice continued to give instructions: “Turn on all weapons.” The sound of tasers activating became a dull roar while the excess electricity seemed to dissolve into air already thick with expectancy. I clutched my weapon tightly as I watched Aaron several feet away twirl his taser in his hand in anticipation. I knew the only way Squad Treble stood a chance was to never let our weapons go.
Owen, the woman, and the principals moved toward the Super Children, out of the way of the battle about to take place. I looked to Patrick who held onto his staff like his life depended on it. It would have been so easy to watch him run to his own demise, but I couldn’t do it—I was too terrified to be alone. Despite everything I felt, I knew I had to follow him to that supply shed or be eliminated as I stood there in fear.
“Prepare to battle! Ready…”
Patrick gave me a curt nod as he got into position, ready to run. I took one last glance around, trying to remember partnerships and positions, even faces I recognized from other squads, just in case.
“Set…”
I took a deep breath and attempted to focus; what happened now would set the stage for everything else. A moment’s hesitation and it could all be over. I had to believe I would make it longer than that. I had gone toe-to-toe with a Chi Rho Iota lackey. Knock out in the first few minutes was not an option.
You know that feeling when someone is watching you and you can feel it? I turned my head just in time to see Brayden’s soft brown eyes looking at me. His face was grave, and it made my heart palpitate. I would have been elated had my time not run out.
“Go!”

About the Author
Kay Bennson is from Northwestern Connecticut where she lives with her husband and son. She doesn't remember a time where she wasn't writing stories (in fact, some of her best ideas were forged in high school classes and at part time jobs). When she isn't writing, she enjoys video games, Irish dance, gymnastics, and fanfiction. 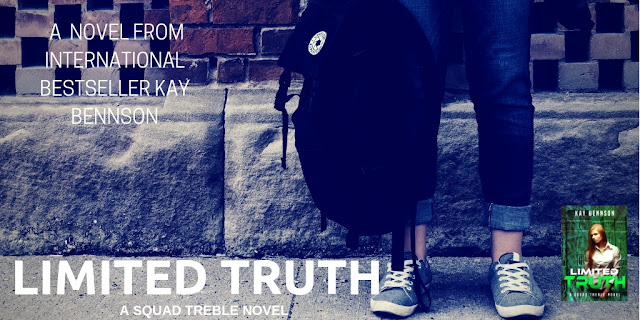 Posted by DanielleDuncan at 11:26