Tragedy of Me (Legend of Me #2) by Rebekah L. Purdy #Tour #Review #Giveaway 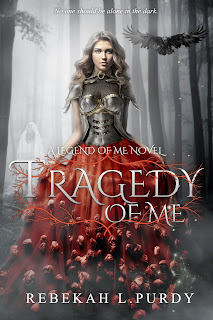 With the Curse of the Beast broken, Brielle Healer thought she’d left her bloody, gruesome past behind her. She thought she’d finally be able to have her happy ending with Raul, the gypsy who saved her life and she’s betrothed to. But when a new batch of dead bodies are discovered on her property, she doubts whether the curse was truly broken. Not to mention, Lord Kenrick’s brother, Daedric has shown up in town seeking information about his missing brother, who was last seen with Bri. He and other Knights of the Crowhurst Order want answers, answers that could very well endanger Bri’s life once more. But an encounter with Daedric has her wondering if perhaps Kenrick isn’t truly dead after all. That there might be a way to bring him back from wherever it is his spirit slipped into. However, as they delve deeper into research they discover an attempt to get Kenrick back will likely mean a trip through a hellish realm more powerful and dangerous than either can handle. But when tragedy strikes, Brielle knows she has nothing left to lose. And this might be her one chance to redeem herself for past failures and crimes.

Raul Tinker spent his whole life trying to outrun his past. But the darkness has finally caught up to him, in the form of his vengeful sister Yalena, who blames him for their family’s downfall amongst their gypsy clan. She wants to destroy everything he loves, starting with Brielle. Although trained in magic, he knows he’s no match for the evilness she’s dipped her fingers into. Yalena promises not to harm Brielle, if Raul agrees to do her bidding. Which means people will die and the world will be opened up to unimaginable horrors. Raul knows no matter what he chooses, he’ll lose a piece of himself. Because the only way to stop her would be to allow the same darkness that consumes Yalena to consume him as well… But he will do anything necessary to ensure Bri's safety. Anything.
292 pages

Tragedy of me is the second book in the continuous series legend of me. In the first book we see Brielle brake her curse. She’s no longer terrorising the villages but that doesn’t mean her story is over yet.

At the end of book one we see Brielle and Raul finally looking ready for their happily ever after. Unfortunately there is still darkness in the world. Raul’s sister wants what she believes is hers, Brielle is hearing voices and death is till upon us.

Tragedy of me is set in the past in a fantasy world. Witches, magic and curses are ripe. Getting rid of the beast is just the start.

Brielle may not be hunted anymore but she is not free completely from Kenrick. Tragedy of me has some twists and turns. There is a No!! Screaming moment. Will Brielle ever find her true place?

This book will leave you waiting for the third instalment. 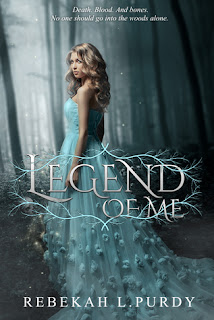 Rebekah L. Purdy
No one should ever go into the woods alone.

Brielle has grown up listening to tales of a beast that attacks humans, leaving behind only a scattering of bones and limbs. It’s probably the elders’ way of keeping little children in line, but it doesn’t explain her grisly premonitions of blood, claws, and severed heads.

But when Brielle finds a mangled body in the woods, she begins to wonder if the grim stories may actually be true. Soon, Lord Kenrick, Knight of the Crowhurst Order, arrives asking questions about the legendary monster. Brielle’s attraction to him is immediate and undeniable. She volunteers to help him search for clues to the creature’s existence, despite her suspicions about his timing.

As her seventeenth birthday approaches, Brielle’s nightmares worsen and more villagers go missing. If Brielle doesn’t figure out the connection between Kenrick, the beast, and her visions, more people will die. As Brielle falls deeper in love with Kenrick and deeper into the snares of the abominable beast, she’ll become part of a legend so great, no one will ever question its validity again.

298 pages
Published July 24th 2018 by Month9Books
PRAISEFORBOOKONE:“Legend of Mewill appeal to both the traditional fairytale addict and the fantasy romance reader for its descriptive and intriguing nature.” —Blood Red Velvet Reviews
“It is definitely a contender as one of my favorite YA fairytales.” —TreestandBook Reviews
“The tale twists and turns and grows as everything comes to light. An interesting play on a beauty and the beast type story”—TheThoughtSpot
BOOK LINKS
Amazon
Goodreads
The ebook of Book 1 will be on sale for $2.99 in US and Canadato celebrate the release of Book 2:
Amazon
B&N

Legend of me is an original fairytale. It has the magic, the legend, the fantasy and the romance to awaken the inner beast. I loved every minute of this story. Some books you can tell are going to be good from the first page and I was addicted to every word. I didn't want to put this down.

Brielle lives with her Gram in a desolate cottage. They have always lived on the outside of town and Brielle struggles to fit in. She's a kind, sweet girl, but finds it hard to follow the conventional rules. Her best friend, Rhyne has gypsy blood in his veins. He is accepted by the town but is expected to ignore his roots. Unfortunately, there has never been a spark between the two friends but they love each other as family.

The woods are known to hold a dark secret. One that should be avoided in the dark of night. Legend has it there is a monstrous beast lurking in the mist. Nobody has ever survived long enough to confirm the tale but there are many stories.

Brielle has always been infatuated by Rhynes cousin, Raul. He's a travelling gypsy and Bri always looks forward to his visits. Raul is haunted by his own dark secrets. He is a hard man and has a questionable past. He cares for Bri but it isn't that simple.

Kenrick is new in town and has come in search of the beast. He cannot deny Bri to be the most beautiful women he has ever seen. He is drawn to her and can't stay away. Lucky for him Bri wants to help him with his research. A love triangle is formed but Bri is warned to protect her heart. Kenrick's main goal is to find the beast and Raul travels a lot. Her Gram wants to protect her and keep her safe. Unfortunately, her heart isn't the only problem. The beast is on a killing spree and Bri is having visions of the attacks. Her Gram is a healer and magic is in her bloodline, but the town folk are mundane. The truth must be guarded. The nightmares are beginning and the clocks ticking. 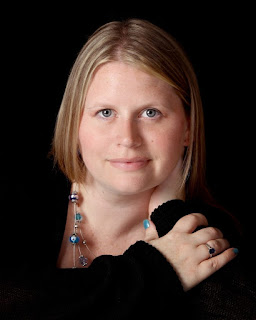 Rebekah was born and raised in Michigan where she spent many late nights armed with a good book and a flashlight. She’s lived in Michigan most of her life other than the few years she spent in the U.S. Army, at which time she got a chance to experience Missouri, Kansas, South Carolina, and California. Rebekah has a business degree from University of Phoenix and currently works full time for the court system. In her free time she writes YA stories, anything from YA Fantasy to YA Contemporary Romance. Rebekah also has a big family (6 kids) she likes to consider her family as the modern-dayBrady Bunch complete with crazy road trips and game nights. When not hiding at her computer, Rebekah enjoys reading, singing, soccer, swimming, football, camping, playing video games, traveling, and hanging out with her family and gazillion pets. 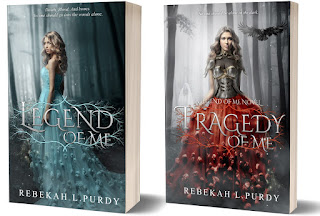 http://www.rafflecopter.com/rafl/display/d0cd99a54/?
a Rafflecopter giveaway
Posted by DanielleDuncan at 00:30