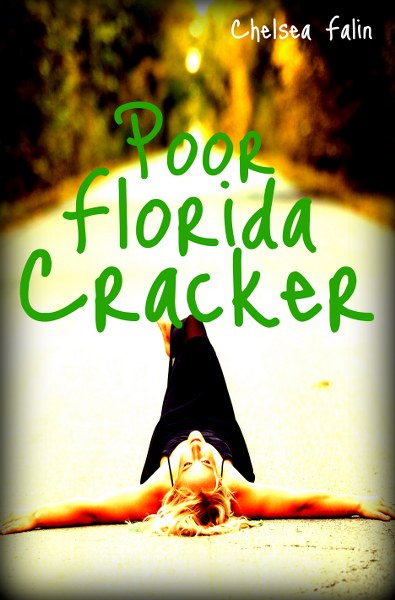 Sissy Collet and her siblings have grown up with neglectful parents, impoverished, and bullied by their small town. When they finally get their chance to break free, they take it - despite having the odds stacked against their favor. With nothing except a half-cooked scheme and an old beater, they set off without a set destination in the hopes they will finally be free of the baggage holding them back. Will Sissy get her happily ever after? Or will she never be anything more than a Poor Florida Cracker?

Jesse said nothing as he disappeared into the bedroom to change. He returned shortly wearing only frayed jean cutoffs that had seen better days. Neither of my brothers wore shirts unless necessary. I couldn’t blame them. If it hadn’t been inappropriate, I would’ve gone shirtless, too. As it was, I wore a pair of denim shorts and a light blue spaghetti-strapped tank top that was faded and worn with age.
The hot, humid Florida weather was unbearable, even for natives. We had no air conditioning to help take the edge off, so we made do with a few circulating fans and open windows. The heat emanating from the stove wasn’t helping. I was drenched in sweat.
“You go to school today?” I avoided looking my brother in the face and shook my head to say I hadn’t. School was to be avoided at all costs. There, I was the victim of heartless bullying and dropping grades. It was the epitome of my own personal hell. “You need to go to school. At least try, y’ know? Else child services will be back.”
I didn’t answer, fixing my attention on the food. Jesse let out an exasperated sigh, knowing it was useless to argue and walked outside. From the kitchen window, I saw him sitting beneath the only tree in our measly backyard plot. Resting his head against the trunk, Jesse bent his knees close to his chest and closed his eyes. I bet it’s cooler out there, I thought.