Check out my stop on the blog tour for Veiled Sun (Tomorrow's Edge #2) by Brett Armstrong! 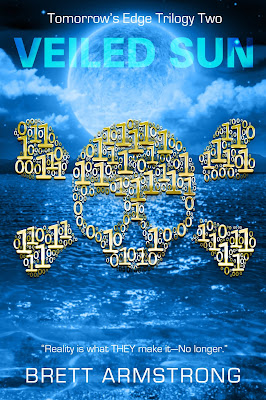 AD 2040: Every day the world slips further into lies. Seventeen-year-old Elliott knows that better than most. Project Alexandria is rewriting history, shaping the world according to sinister goals. To stop it, Elliott must assemble the "Veiled Sun", a secret program written by his grandfather. The only people he can count on are siegers—outlaws who use their coding skills for purposes almost as nefarious as Project Alexandria. Overcoming the schemes and betrayals all around him, he's the world's best hope to save reality, if he doesn't lose hold of it himself. 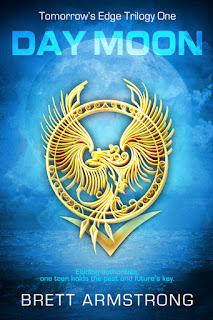 In A.D. 2039, a prodigious seventeen year old, Elliott, is assigned to work on a global soft-ware initiative his deceased grandfather helped found. Project Alexandria is intended to provide the entire world secure and equal access to all accumulated human knowledge. All forms of print are destroyed in good faith, to ensure everyone has equal footing, and Elliott knows he must soon part with his final treasure: a book of Shakespeare’s complete works gifted him by his grandfather. Before it is destroyed, Elliott notices something is amiss with the book, or rather Project Alexandria. The two do not match, including an extra sonnet titled “Day Moon”. When Elliott investigates, he uncovers far more than he bargained for. There are sinister forces backing Project Alexandria who have no intention of using it for its public purpose. Elliott soon finds himself on the run from federal authorities and facing betrayals and deceit from those closest to him. Following clues left by his grandfather, with agents close at hand, Elliott desperately hopes to find a way to stop Project Alexandria. All of history past and yet to be depend on it.


“No, it’s worse. I saw his eyes. He believed it. Somehow they made him believe it.”

Brett Armstrong has been exploring other worlds as a writer since age nine. Years later, he still writes, but now invites others along on his excursions. He’s shown readers hauntingly sorrowful historical fiction (Destitutio Quod Remissio), scary-real dystopian sci-fi (Day Moon and Veiled Sun), and dark, sweeping epic fantasy (Quest of Fire). Where he heads next is as much a discovery for him as readers. Through dark, despair, light, joy, and everything in between, the end is always meant to leave his fellow literary explorers with wonder and hope.
Social Media Links:
Website: https://brettarmstrong.net/
Twitter: https://twitter.com/barmstrongwv
Facebook: https://www.facebook.com/brettarmstrongwv  Instagram: https://instagram.com/brettarmstrongauthor
Pinterest: https://www.pinterest.com/christiankid044/
Goodreads: https://www.goodreads.com/author/show/8281587.Brett_Armstrong 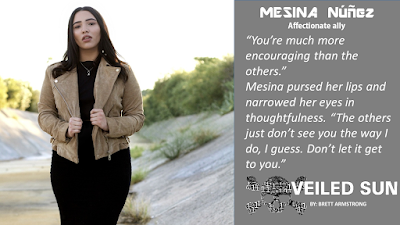 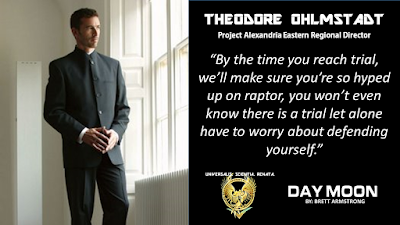 Posted by DanielleDuncan at 00:06