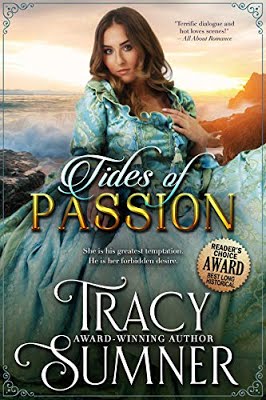 In this passionate, provocative romance, a spirited woman committed to stamping out social injustice finds herself battling a town constable... for her heart.

She is his greatest temptation.

He is her forbidden desire.

A battle of wills leads to love.

Spirited Savannah Connor is passionately committed to stamping out social injustice. Yet, when she arrives in Pilot Isle, North Carolina, ready to take up a new cause, she quickly finds herself on the outs with the town constable.

Zachariah Garrett is the most arrogant, infuriating, maddeningly attractive man she's had the misfortune to meet. And, suddenly, Savannah is fighting a whole new battle — this one against her own yearning for a man who is impossible to resist.

Ever since his wife’s death two years ago, Zachariah Garrett has dedicated his life to keeping the peace. And, avoiding love. But Savannah Connor isn’t an ordinary woman — and she proves hard to ignore. She’s a beguiling beauty with the power to awaken emotions Zach thought he’d never feel again, and the tenderness to help him forget his fears. And risk his heart once more.

TIDES OF PASSION was originally published by Zebra Books, a Kensington Publishing imprint, and was awarded the Reader's Choice Best Historical and the Beacon for Best Historical.

Other Books in the Garrett Brothers Series: 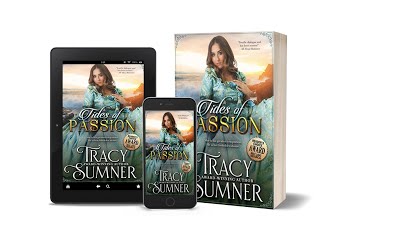 Tracy's storytelling career began when she picked up a copy of LaVyrle Spencer's Vows on a college beach trip. A journalism degree and a thousand romance novels later, she decided to try her hand at writing a southern version of the perfect love story. With a great deal of luck and more than a bit of perseverance, she sold her first novel to Kensington Publishing.

When not writing sensual stories featuring complex characters and lush settings, Tracy can be found reading romance, snowboarding, watching college football and figuring out how she can get to 100 countries before she kicks (which is a more difficult endeavor than it used to be with her eleven-year-old son in tow). She lives in the deep south, but after spending a few years in NYC, considers herself a New Yorker at heart.

Tracy has been awarded the National Reader's Choice, the Write Touch and the Beacon - with finalist nominations in the HOLT Medallion, Heart of Romance, Rising Stars and Reader's Choice. Her books have been translated into German, Dutch, Portuguese and Spanish. She loves hearing from readers about why she tends to pit her hero and heroine against each other and that great novel she simply must order in five seconds on her Kindle.